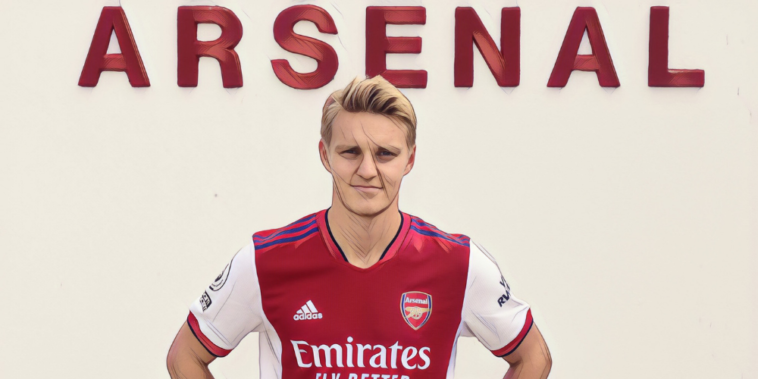 Arsenal have completed the permanent signing of Martin Odegaard from Real Madrid, though the midfielder’s signing has not come in time for him to feature against Chelsea this weekend.

Odegaard has signed a permanent deal with the north London side following a productive loan spell across the second half of last season, with the Gunners having agreed a fee in the region of £30m for the Norway international.

Arsenal have confirmed on the club’s official website that Odegaard will wear the number eight shirt following his move from the Spanish capital, but he will not be registered before today’s 12pm deadline to be available for Sunday’s clash with Chelsea as the Gunners ‘await visa clearance’.

Odegaard made 20 appearances in all competitions during his loan spell last season and scored twice, with the midfielder having been Mikel Arteta’s leading target to add creativity to his midfield this summer.

Arsenal had also been linked with the likes of James Maddison and Houssem Aouar, but continued to monitor Odegaard’s situation at Real Madrid with a deal struck after the star failed to work his way into Carlo Ancelotti’s plans at the Bernabeu.

The deal takes the Gunners’ spending beyond £100m this summer, with that figure set to rise further as goalkeeper Aaron Ramsdale undergoes a medical at the Emirates ahead of a move from Sheffield United.