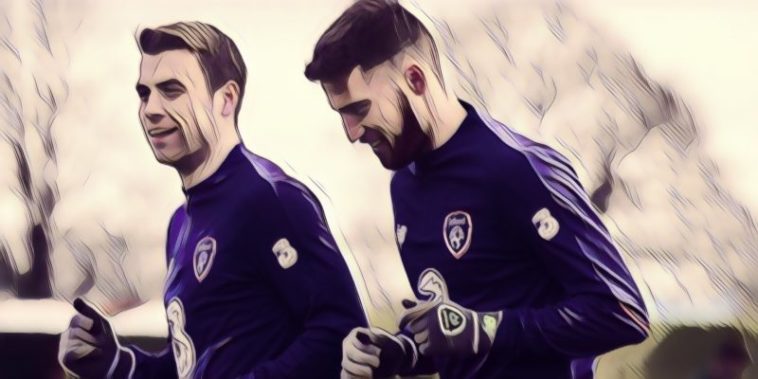 Matt Doherty reckons him and teammate Seamus Coleman are capable of working well together in Mick McCarthy’s Ireland team.

Wolves wing-back Doherty has been Ireland’s most impressive performer in the Premier League this season, but faces a tough task forcing his way into the Ireland team ahead of Everton right-back and Boys in Green skipper Coleman.

Ireland boss McCarthy attempted to play both players together in the 1-0 win over Gibraltar back in March, with Doherty playing on the right side of a four-man midfield.

However, McCarthy admitted afterward that he did not feel the experiment worked and has since suggested it is a tactic he will not try again in the future.

Speaking ahead of Ireland’s Euro Qualifier double-header with Denmark and Gibraltar, 27-year-old Doherty has suggested that he and Coleman can work well together and feels people shouldn’t read into their previous performance together too much.

”Me and Seamus have spoken about it, what we thought at the time. We didn’t think we were that bad actually,” Doherty said at the Benetti Menswear event today at the Aviva Stadium.

”Not much came off in that game for anybody really, it was just one of those games. I think we believe that we can play in the same team, that we can work together, but that’s not our choice.

”We will have to wait and see when the team gets announced who plays.”

Read Also: League of Ireland Team of the Week