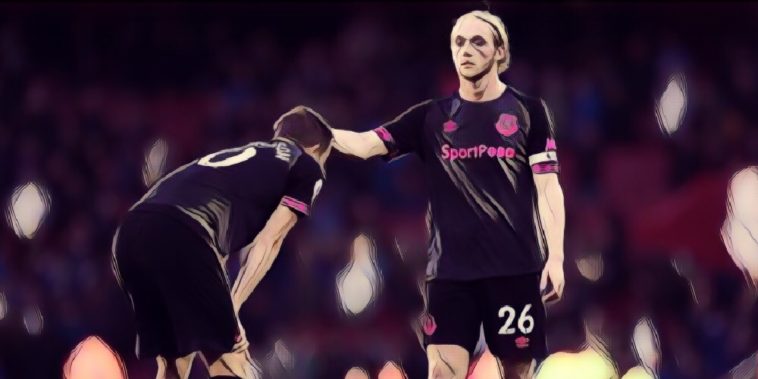 Everton’s Tom Davies has said that he and his teammates are disappointed to have lost today’s game against Arsenal but added it was a ‘proud moment’ to be named as the clubs captain for the day.

Arsenal would grab their fifth win on the spin thanks to a fine strike from Alexandre Lacazette, and a blatantly offside goal from Pierre-Emerick Aubayang, and speaking after the game, Davies admitted that the Blues players were disappointed to come away from the game empty-handed:

“We are disappointed. I thought we were good in the first half, but if you don’t take your chances, they will punish you here,” the 20-year-old told Sky Sports.

“If we score it would have made a difference, but they sucker punched us and it is difficult to take. We worked hard all week but it wasn’t enough so we will try and get a good result next week.”

Speaking about being made Captain, Davies said: “It’s a proud moment for me with my family watching on, I would like to keep hold of it. With some senior players out, I’m actually quite experienced, so I feel like it’s a natural role for me to take on.”

Davies becomes the youngest player to ever Captain the Toffees in the Premier League.