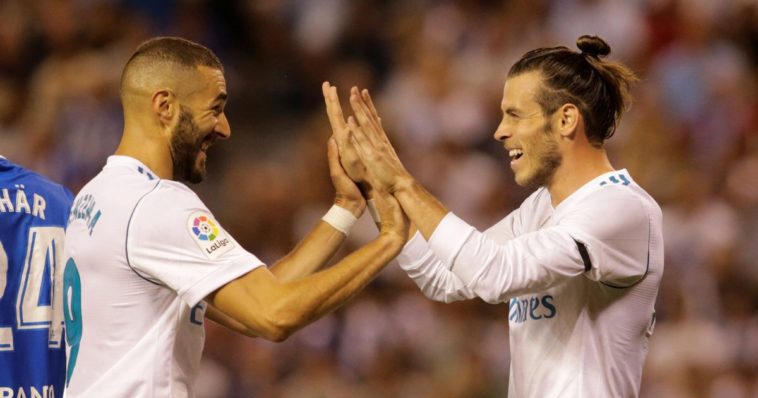 Real Madrid started off their La Liga title defence with a comfortable at the Riazor. Gareth Bale was the star of the show in the Real team without Ronaldo.

Welshman Gareth Bale has been subject to heavy criticism after his performances last season, but none of that affected him against Deportivo. The winger scored one goal while setting up another, showing that he still has it in him to perform for Real. Bale’s spot was in jeopardy after great displays from youngster Marco Asensio at the right wing position.

Real were without Cristiano Ronaldo, and will be for the next three games after his suspension in the Spanish Super Cup. While Real didn’t really miss Ronaldo as such, his presence adds the killer edge to the team.

Real Madrid became their usual, ruthless self after these early scares, ensuring Deportivo would not get many more chances like this.

Gareth Bale broke the deadlock 20 minutes in, after goalie Ruben spilled a Modric shot, before Karim Benzema’s touch found Bale who tapped into the open net. This was Bale’s first goal in 392 minutes of football.

Just a few minutes later, a beautiful move consisting of 44 passes led to Real’s second goal. After a string of passes, Marcelo fired in a low driven cross which found Casemiro, who made no mistake and tapped home.

Both clubs pushing forward for goals, with Deportivo coming close again in the 59th minute, Florin Andone being denied again.

Sergio Ramos had a moment of madness, as he got into an altercation over Fabian Schar and pushed the player into the ground. Although he was only shown a yellow card, it didn’t matter at the end because he was sent off anyway.

Real killed off the game as Toni Kroos’ shot went past Ruben, with the help of a deflection. It was Gareth Bale popping up with the assist, capping off a good game for the Welshman.

Just before the game ended, Andone had a weak penalty saved, adding to his frustrations.

Much like Andone, Real also ended their night on a negative note, after their captain Sergio Ramos was sent off for an aerial challenge on a Deportivo player.