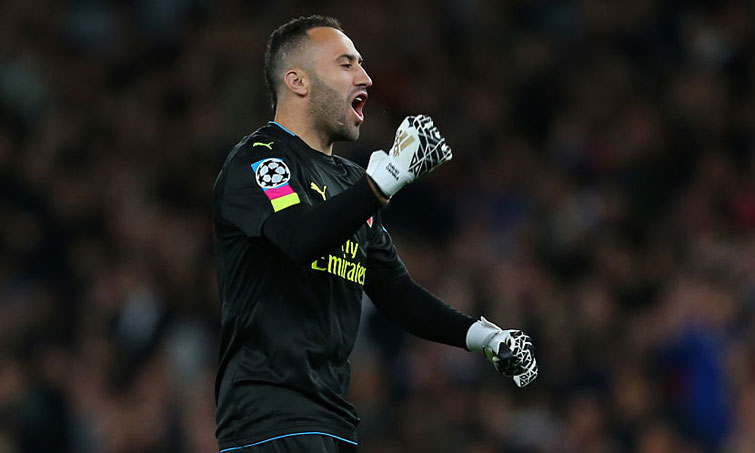 Arsene Wenger has three goalkeepers at Arsenal. Emiliano Martinez plays in the EFL Cup, David Ospina is in goal in the Champions League and Petr Cech is between the sticks in the Premier League. The problem with this system is that Wenger never changes it. Regardless of poor performances, Wenger sticks to the system.

There was much discussion among pundits and newspapers before the 5-1 demolition against Bayern Munich about Ospina starting in goal. The consensus was that for your biggest games, you play your biggest players. While this is true if Wenger didn’t play Ospina in the Champions League, goodness knows when his next appearance would have been.

When (not if) Arsenal exit the Champions League at the knockout stage for the seventh consecutive season, I believe Ospina should play in the Premier League. He has proven in the Champions League that he can compete at the highest level. Arsenal faced PSG at the Parc de Prances in September and Ospina was the man of the match. The score was 1-1 but Arsenal were very poor and if it hadn’t been for Alexis Sanchez and Ospina, they would have been defeated.

Arsene Wenger stated in his press conference before Arsenal faced Bayern that:

Bayern Munich humiliated Arsenal on the pitch (and on Twitter) but it could have been worse without Ospina. He could have done better for Bayern’s second goal but he thwarted Bayern’s attacks and produced a superb save to prevent Javi Martinez’s header from a corner. When a goalkeeper concedes five goals, there will be always be questions about his performance. However, on this occasion, I don’t think Petr Cech would have done much better.

Petr Cech is not the keeper that he once was. Chelsea would not have sold him to their rivals if they did not have a worthy replacement. Thibaut Courtois has been brilliant in goal this season and is still only 24. In fact, when Arsenal lost to Chelsea earlier in the month, Cech’s poor clearance gifted Cesc Fabregas Chelsea’s third goal.

In my opinion, David Ospina should be provided the opportunity to consistently prove himself in the Premier League. Players at Arsenal are far too comfortable in their positions. Competition within the squad can only be a positive thing.

Should Petr Cech be dropped? Does David Ospina deserve a chance in the Premier League? Leave us a comment below