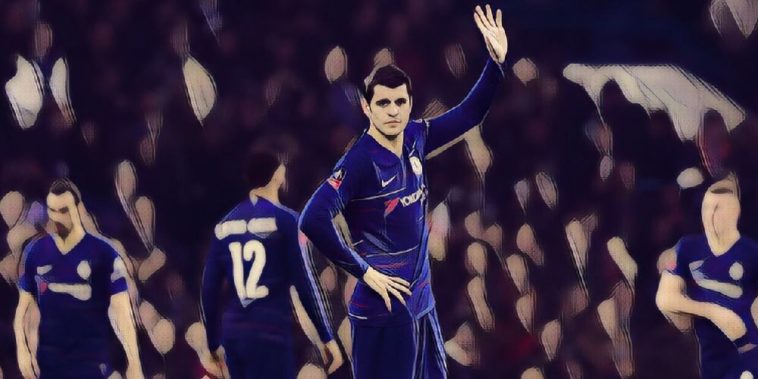 Morata scored a brace to send Chelsea through to the FA Cup fourth round as the look to defend the title they won last May.

However, today’s goals were the first that the Spain international had scored in over a month, last finding the net in the Blues 4-0 win over PAOK in the Europa League in November.

Speaking after today’s game at Stamford Bridge, Cudicini said that his goals were important for both the club and the player, and could help boost his confidence in front of goal.

“I think Alvaro played an important part in today’s performance, he was very good in terms of working for the team, offensively but mainly defensively,” Cudicini said in the post-match press conference.

“It was very important for him to score two goals which can only be good for his confidence. We are all pleased with his performance but we were even when he didn’t score in previous games so hopefully it will be good for his morale that he scored, and hopefully he will be more free in his mind.

“Gianfranco Zola mentioned in the press conference before the match that for a striker it’s difficult when you go through a spell when you don’t score many goals, so his body language was a bit down, but in training he’s working very hard and we all knew that sooner or later he would be able to turn the corner and start scoring goals. Thankfully he did it today, it was very important because we really care about this competition and we want to do well.

Morata’s two goals today takes his tally to nine for the season, and when asked if he could go on to get 20, Cudicini thought it was a good possibility.

“He has all the possibilities to do that,” Cudicini added.

“He’s a great striker, he has great qualities and now his confidence is back I’m sure he will keep on scoring goals for us.

“I think everyone is different. Some players are perhaps more affected by criticism they receive but for us the most important thing is that he’s training hard and he wants to improve. Performance-wise, on top of the goals it was very important he did a fantastic job for the team, that’s our concern.”