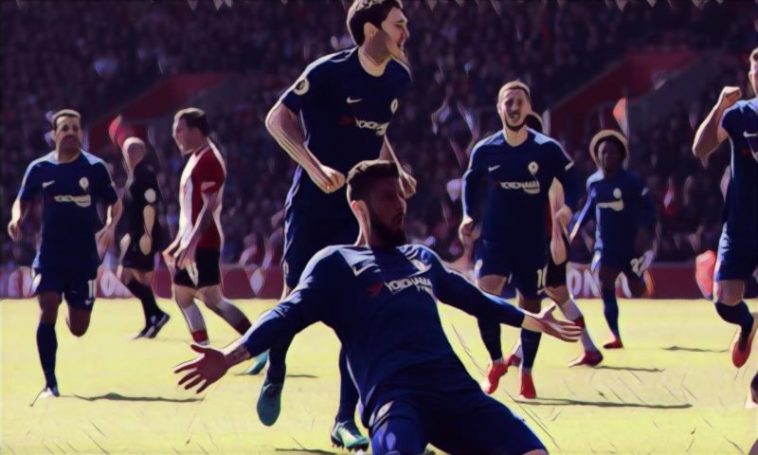 It seemed as if Chelsea’s poor season was about to slump to even lower depths with just 20 minutes left of their Premier League fixture away to Southampton yesterday.

The Saints surged into a 2-0 lead via Dusan Tadic and Jan Bednarek. With 70 minutes on the clock Mark Hughes side seemed to be on course to gain three vital points in their race to avoid relegation into the Championship.

However, a Eden Hazard strike and a Olivier Giroud brace, all in the space just eight minutes turned the game on it’s head, leaving Blues fans delirious and the home support heartbroken.

Speaking after the game Antonio Conte admitted he was left angered by his sides first-half display, but praised his players for the desire they showed to come back and win the game late on.

“I was very angry from our first half,” Conte told the BBC.

“In the second half we showed great character, great determination and desire to win the game. We showed the right fire in our eyes.

“In the first half we didn’t play well but not just that, they put more into the tempo than us,”

“The most important thing is to show in every game the right passion and to fight until the end. We need to finish this season in the best possible way.

“I don’t know why the desire wasn’t there but the coach is the first person to have the fault. It doesn’t matter that we won the game 3-2, it was important to see the right reaction and fight in the eyes of my players.”