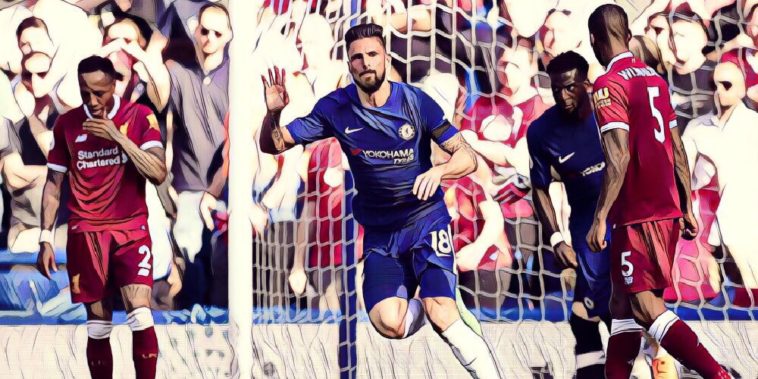 Chelsea manager Antonio Conte praised his teams 1-0 victory over Liverpool at Stamford Bridge on Sunday which has kept his sides hopes of finishing in the top four this season alive.

Just a few weeks ago the Blues had been 2-0 down away to Southampton and their hopes of qualifying for next seasons Champions League had looked doomed. However, a goal from Eden Hazard and a brace from Olivier Giroud secured a comeback victory on the South Coast for Conte’s men and they have since gone on to win there last four games.

Although Chelsea are still reliant on third placed Liverpool and fourth placed Spurs dropping points, they have at least now given themselves a fighting chance of finishing in the top four.

“Today was a must-win game against a really good team, but it was a good game and a great show of will to keep our hope of finishing in the top four alive,” Conte said.

“I’m very happy for the players and the fans, they deserve this type of game and this win.

“Liverpool is a team who are very dangerous and if you leave a lot of space behind the defensive line their players are impressive the way they attack the space, but also playing through the lines and in their combinations. They are a very good team so it’s right to give them compliments.”

After Sunday’s victory Conte was quick to praise the contribution of £19 million January signing Olivier Giroud, who scored the games only goal with a trademark header in the first-half.

“He brought a personality, he’s an international player with a lot of experience and we needed this kind of player.

“Today he played a very good game and worked very hard without the ball, but I am pleased for the whole performance of the whole team.”

On possibility of finishing in the top four, Conte added: “As I said previously our target is to finish the season in the best possible way and to give the best satisfaction to all the fans. I think in spite of the difficult season we are still alive and are fighting until the end.

“In this league it’s very tough and in the past, in the present and in the future, and it could be even more difficult in the future. You start the season with the six top teams and anything can happen. We have to prepare in the right way and try to make as few mistakes as possible.