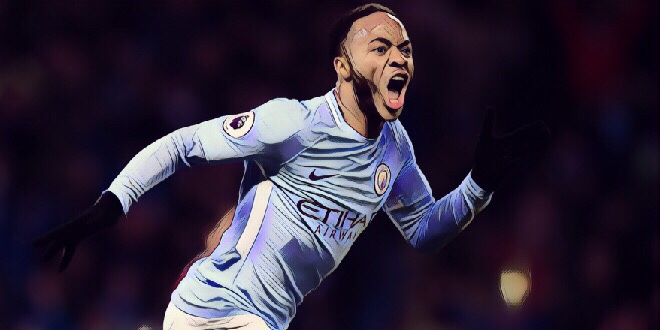 Manchester City Star Raheem Sterling has called on the FA and it’s referees to protect players following the horrific challenge on Leroy Sane in the FA Cup last week.

Sane was hacked down by Cardiff’s Joe Bennett which will keep the German playmaker out of action for around six weeks after he suffered a serious ankle injury. However, despite the severity of the challenge, the referee inexplicably only produced a yellow card, much to the dismay of Pep Guardiola and almost every fan and pundit who has commented on it since.

Now, Sterling has called on more protection from referees and says that players are being ‘butchered’. He said:

“Some of the players are getting butchered out there and it’s sad to see.

“I find it unfair at times. We haven’t been protected enough in certain situations.”

While Sterling is clearly referring to his team mates, it is not only City’s players who are in need of protection. It seems like all teams throughout the Premier League are on the receiving end of some rough justice as opponents try to stop the games most creative players.

Yeovil targeted Alexis Sanchez during last weeks FA Cup tie against Manchester United, while Anthony Martial and Marcus Rashford are also hacked down with regular frequency. Chelsea’s Eden Hazard, Liverpool’s Mo Salah and Spurs’ Dele Alli also seemingly have a target on their back in an attempt to stop them doing what they generally do best.

What do you think? Is physicality just a part of the English game or should players receive more protection from officials, and how? Leave a comment below.