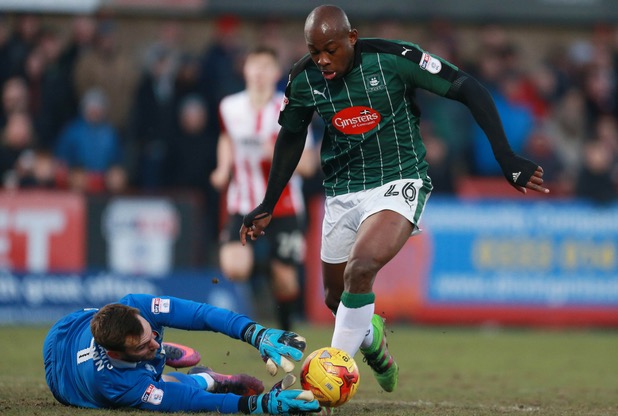 Following last week’s FA Cup thrill at Home Park against Liverpool, Derek Adams had a real task on his hands in ensuring his players were well motivated and ready to go as they returned to reality this weekend against fellow League 2 club, Cheltenham.

Argyle were under a lot of pressure in the opening stages of the first half at Whaddon Road. Diego De Girolamo had three attempts missed and Daniel Wright saw a few chances miss the Plymouth net. Argyle soaked up some pressure and then in the 26th minute, Jake Jervis whipped a corner in which the keeper palmed into the path of forthcoming defender, Sonny Bradley, who headed home for his fourth goal of the campaign so far.

Once Argyle’s first goal went in, the game looked more balanced and both teams seemed to have a firm grip going into half time. At the break, Argyle boss Adams made two changes. Bringing on new signing number one, Nathan Blissett, a striker, for Jake Jervis. As well as bringing on new signing number two, Jakub Sokolik,  a central defender, who replaced on Jordan Slew.

The game turned out to be quite a scrappy one with both teams committing 17 fouls together and during the first five minutes of the second half, it seemed to be foul after foul. Soon the game balanced out to what the majority of the second half had been and chances were flying past at either end. Cheltenham’s first bit of action from the bench came in the 70th minute when it seemed as if they took off their two best players, Girolamo was replaced by Holman and Pike was replaced by Storer. Argyle followed suit six minutes later and played what was their last substitute of the afternoon as striker Garita replaced Tanner.

Soon, Cheltenham began to pile forward in the hope that they could still scrape something from this game. The breakthrough came with five minutes of the game left. Substitute Dan Holman shot home from very close range to level the score. It now seemed to be Argyle’s turn to pile on the pressure on. 6 minutes later, in added time, David Fox crossed in from a free kick and Sonny Bradley’s head met the ball for his second of the game and fifth of the season.

Yet again, Plymouth Argyle had dug deep and grinded out a late win. They really are proving their promotion credentials this season. Is it their year finally?