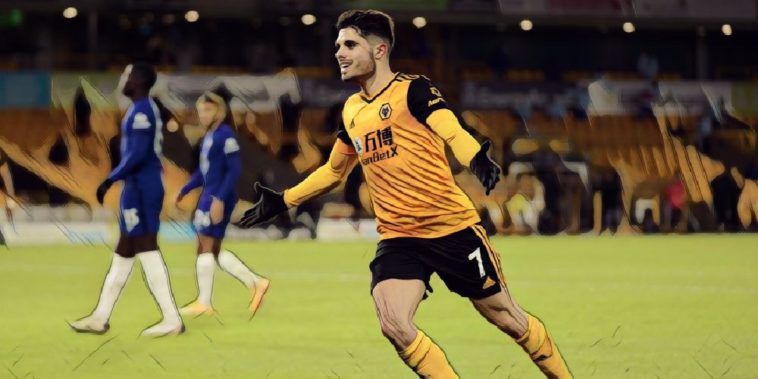 Chelsea host Wolverhampton Wanderers on Wednesday evening, the two sides in real need of a win after a shaky run of results.

The Blues go into Wednesday’s match in dire need of a win after a really poor run of form in recent months, a spell that has left them eighth in the table and 11 points behind leaders Manchester United.

Despite their busy summer of recruitment, the west London side really haven’t managed to kick on this season, with German duo Timo Werner and Kai Havertz really not living up to expectation thus far.

Lampard’s inability to get the best out of the pair and Chelsea‘s recent struggles ultimately cost the club legend his job on Monday morning, the club confirming that they had taken the difficult decision to replace the former midfielder at the helm, with Thomas Tuchel expected to take his place.

The fact that the Blues are so far off the top and are seemingly in danger of missing out on a top four spot is a real surprise to fans and pundits alike, with their latest league defeat to Leicester City illustrating just how far off the pace they are.

Like their midweek opponents, it’s been a tough old time for the west Midlands club, with Nuno Espirito Santo’s men having failed to pick up a Premier League win since they ran out 2-1 winners over Chelsea on 15 December.

Their most recent league meeting saw them suffer defeat at the hands of Sam Allardyce’s struggling West Brom side, the Baggies coming from behind to claim a 3-2 win to boost their survival hopes.

One common theme in Wolves’ recent wretched run has been the absence of star man Raul Jimenez, the Mexican forward having not featured since he suffered a fractured skull in a nasty clash of heads with David Luiz in the win over Arsenal at the end of November.

The lack of a real focal point in attack has been a big issue for Santo’s side, with summer signing Fabio Silva struggling to fill the shoes of the more experienced Jimenez.

Those struggles at the top end of the pitch were highlighted in the FA Cup this weekend, with Wolves just about scraping a 1-0 win over sixth-tier Chorley on Friday evening.

With Jimenez still not ready to return, the club have moved to bring in a suitable forward option, snapping up Real Sociedad striker Willian Jose on a loan deal until the end of the season, with the option to make it permanent should he impress.

The Blues went into the game off the back of a defeat away to Everton, yet had otherwise been in good form, while Wolves had suffered back-to-back losses at the hands of Liverpool and Aston Villa.

After a pretty dull first 45 minutes, Lampard’s men took the lead early in the second-half through Olivier Giroud, the veteran’s effort squirming past ‘keeper Rui Patricio.

That lead last less than 20 minutes before Wolves had an equaliser, diminutive forward Daniel Podence dazzling with a fine individual effort, before the hosts snatched a late winner through a powerful effort from Pedro Neto.

Read – FA Cup Fourth Round Team of the Week