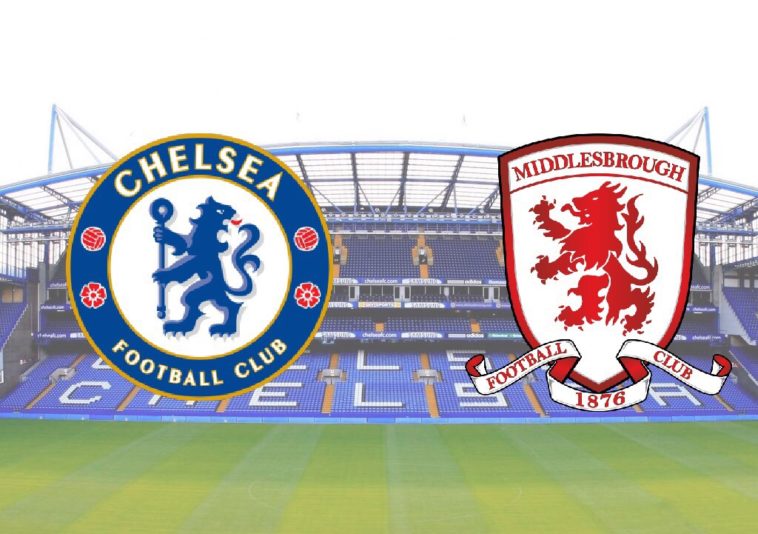 Two teams looking for victory clash at Stamford Bridge, both with very different ambitions. Will Middlesbrough have enough to keep their survival hopes up for another week, or will Chelsea dispatch of their opponents in the ruthless fashion to which we have become accustomed? A win for them would all but seal the title.

In a game that’s sure to have plenty of action given what’s at stake, it certainly makes for a fascinating clash.

After Spurs’ slip up against West Ham on Friday, Chelsea will be in buoyant mood and will look to place one hand firmly on the Premier League trophy with a win at against relegation near-certainties Middlesbrough.

Antonio Conte’s side sit a comfortable four points ahead of Tottenham, the game against Boro giving them the opportunity to extend their lead to an almost unassailable seven points. You have to feel, like most of this season, that it’s Chelsea title to lose.

They’ve held on to first position since beating Boro back in November, the first time they’d reached the summit this season, and with just three games to come after Monday’s fixture, it’s hard to see them surrendering their lead now.

For Middlesbrough Monday’s game almost represents a drink in the Last Chance Saloon. A defeat will seem them make an immediate return to the Championship, a draw allowing them to cling on just.

However, its three points you feel that would be the only outcome desired in the Boro camp, anything other than that then you can almost hear the relegation trap door swing wide open.

Since the Crystal Palace home defeat, only their second at Stamford Bridge this season, Chelsea have looked like a team determined to wrap up the title. Whilst they may have been beaten by former boss Jose Mourinho, going down 2-0 away to Man United, the reality is that Conte’s team has looked nothing other than champions in waiting.

Averaging almost three goals a game in their last six, Chelsea have looked devastating going forward, their most recent victory coming in the away game at Everton. They comfortably brushed aside Ronald Koeman’s men, scoring three without reply, showing that when it really matters they can turn the screw on their rivals.

Whilst not in the league, their progression to the FA Cup final following a 4-2 victory against title rivals Spurs will have done nothing to harm morale either. The Wembley win keeping hopes of a league and cup double firmly alive.

After the damaging defeat at fellow strugglers Hull, going down 4-2 at the KCOM, Boro’s form has picked up ever so slightly. Further losses against Arsenal and Bournemouth, the latter being a 4-0 demolition on the South Coast, have done nothing to help the cause. Yet with the exception of that humiliating loss against The Cherries, Middlesbrough have shown steady improvement.

Unlucky not to take a point at least from the 2-1 home reverse against Arsenal, they managed to get their first win since December against North-East neighbours Sunderland in the Tees-Wear derby. A scrappy affair, but nonetheless a win, Boro took maximum points and completed the double against the doomed Black Cats with a 1-0 victory.

A spirited and promising display last time out at home to Man City has improved the mood among supporters, if only prolonging the long goodbye, yet Boro can take heart from a performance that saw them denied by some terrible refereeing. It ended 2-2, but Boro can be proud of their efforts, pushing a very good City team all the way.

David Luiz and N’Gole Kante are injury doubts for the league leaders, with Luiz suffering an awkward fall late on in the win at Everton. Antonio Conte explained that Kante could miss out with a “muscular problem” thought to be his thigh.

In more positive news, Thibaut Courtois should be available, despite a recurrence of an ankle injury that had kept him out of the defeat at Man United last month.

Steve Agnew is likely to be without Victor Valdes (ribs) and Dani Ayala (ankle), with Valdes having missed the last four matches. Brad Guzan is expected to deputise once more.

Despite a potential hernia issue, Patrick Bamford is likely to be in the squad to face his former club, but may have to settle for a place on the bench. A return is in line for Club Captain Grant Leadbitter following a three game absence with a hamstring strain. January signing Adlene Guedioura (groin) should also be available.

Unsurprisingly Chelsea are odds on favourites for the win. Priced as short as 1/6 in places, the bookie’s clearly feel Chelsea will carry on their march towards the title with ease.

As for Middlesbrough, well they can be found with odds as long as 16/1, a tempting quid or two perhaps given what’s at stake for The Boro. Yet they’re long shots for a very good reason and it would take a brave gambler to bet against anything other than a home win.

My tip would be Both Teams to Score with Sky Bet. Priced at 5/4, it’s an attractive bet as you’d expect Chelsea to notch, however given their desperate need for points it’s not beyond the realms of possibility that Boro could snatch a goal at some stage.