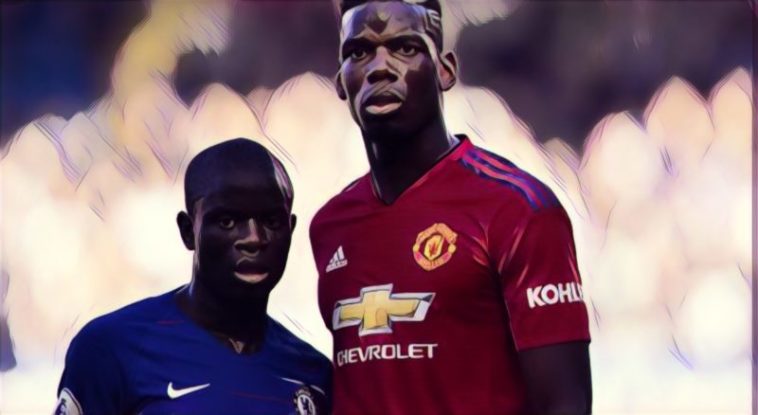 Chelsea host Manchester United tomorrow evening in the FA Cup at Stamford Bridge in an eagerly awaited clash that is undoubtedly the fixture of the fifth round.

Not only is it a clash between the two most successful teams of the Premier League era, it is also a repeat of last seasons final, a game Chelsea won 1-0 at Wembley courtesy of a Eden Hazard penalty.

Despite slipping to the first defeat of Ole Gunnar Solskjaer’s reign against PSG in the Champions League last week, Manchester United definitely go into the fixture as the form side, having won 10 of their last 12 games. However, United will sorely miss in form attacking duo Anthony Martial and Jesse Lingard, who have both been ruled out with injury.

Chelsea have been struggling badly so far in 2019, and although they beat Malmo 2-1 in the Europa League last Thursday, recent humiliating defeats to Bournemouth 4-0 and Man City 6-0, mean Blues boss Maurizio Sarri goes into the clash as a man under pressure.

The Bookies have Chelsea down as favourites, which is no surprise considering United have won just three times in their last 21 visits to Stamford Bridge, but we reckon this one will be all square after 90 minutes.

As we just said we fancy this one to be level at 90 minutes – although the tie will go to extra and penalties – and with both teams definitely inspiring more confidence when going forward than when defending, we’re lumping on a repeat of the scoreline from when these old foes last met at the Bridge back in October.

Even without Martial and Lingard on show there will still be a serious amount of attacking talent on display, and we expect Spanish ‘keepers Kepa Arrizabalaga and David de Gea to be busy throughout, so the both teams to score market looks the best bet here.

Eden Hazard’s form may have dipped slightly in recent months after the mercurial playmaker began the season in blistering form, but the Belgian has proven time and time again that he is the man for the big occasion and has been the scorn of Manchester United plenty of times in the past. He’s also Chelsea penalty taker which kind of leads us onto…

With both sides fighting it out for fourth spot in the Premier League and most people expecting Chelsea to come up short against Man City in the Carabao Cup final next weekend, the FA realistically represents both sides best chance of winning domestic silverware this season.

For this reason, we expect both sides to put everything they have into tomorrow’s fixture, and with plenty of talented attackers and loads of clumsy defenders set to battle it out we reckon a penalty being awarded during the game looks a tasty tipple.

The FA Cup is always very popular with football fans – especially for sports betting. For those on the look out for an attractive sport betting bonus, take a look at the no deposit bonus from Betfair. The bookmaker has ensured that new players have the opportunity to try out their offers even before you make your first deposit.