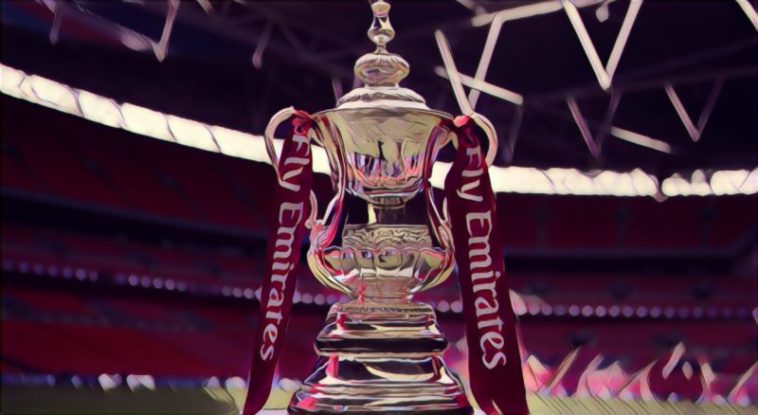 A classic battle will be taking place at Wembley Stadium as Chelsea faces off with Manchester United in the 2017/18 FA Cup Final on Saturday, 19 May.

Last year’s runners-up and the winner of two seasons ago meet in the final for the first time since 2006/07, which the first FA Cup Final in the new Wembley Stadium. Chelsea won the match 1-0 with Jose Mourinho still in charge of the Blues. Now a Red Devil, the Portuguese manager hopes to get the last laugh over his former employer.

The loser will finish the season trophyless, a terrible result for either club. New champions will be crowned, coincidently on the same day of the Royal Wedding.

Will he stay or will he go?

The future of Antonio Conte has dominated the headlines. The FA Cup Final could be his last game with Chelsea.

Rumours are swirling around media outlets, talking about his alleged fallout with key players and possible replacements at the helm. The body language of both Eden Hazard and Willian show a coldness toward the manager that helped lead the West London club to the Premier League title just 12 months ago, having finished down in 10th in the previous season. Chelsea have managed to move from overachievers to underachievers with Conte in just one season.

Despite spending the whole season complaining of a lack of backing from the club, the Italian manager has pledged his commitment to the club. He has stated that he wishes to finish the rest of his contract which expires next summer.

By not resigning, the former Juventus manager forces Chelsea into a tough spot. The club needs to either stick with their manager for one more season, or pay a hefty sum to prematurely end the contract (reportedly around £9.6 million).

Nevertheless, Conte will be manager for at least one more game. While a trophy in a disappointing season may not be enough to save his job, he will look to finish the season on a high note before he faces this uncertain future.

One last time in the dugout

While Conte’s future is unknown, one coach will definitely be leaving after this match and season. Long-time Mourinho assistant Rui Faria will be looking for greener pastures after 17 years alongside the United boss.

The two coaches met while Mourinho was working as an assistant manager at Barcelona. Their partnership started when Mourinho hired Faria as an assistant coach at Uniao de Leiria. The Portuguese coaches stuck with each other with spells at Porto, Chelsea, Inter, Real Madrid, and Man United.

Mourinho’s right-hand-man has cited family time as his reason to step away from the Old Trafford bench, but Faria is ready for a shot as a manager after almost two decades with one of the most successful coaches in Europe. Mourinho has backed him for a top-level job elsewhere. “Seventeen years and the kid is now a man,” Mourinho told the Telegraph. “The intelligent student is now a football expert, ready for a successful career as a manager.”

He has been loosely linked to the spot at Arsenal made vacant by Arsene Wenger, and it wouldn’t be surprising to see Faria return to Chelsea if Conte loses his job. What’s certain is that this will be Faria’s last game with Mourinho. A win in the FA Cup Final for the two best friends could be the most emotional storyline of the day.

Final battle of the season between transfer strikers

Last summer, the talk of the town was about Romelu Lukaku and Alvaro Morata. Both strikers made big money moves to their clubs, and it’s only fitting that the two could come up against each other in the last game of the season.

In the beginning, it looked like Chelsea got the better deal when Morata looked to be scoring at will. His fast start quickly cooled off though.

Unable to find his scoring boots, the Blues brought in Olivier Giroud to fill their need for goals. Morata finished the season with 15 goals in all competitions, and Lukaku ended the campaign with 27.

The United striker has missed the last three games with an ankle injury, but he’s preparing for a return to the lineup in time for the match against his former club, with Jose Mourinho confirming he will have a late fitness test.

Lukaku is often criticised for not showing up during big games, but he nabbed a goal and an assist in his last game and win against Chelsea.

There’s no doubt that the Belgium international has been the better forward this season, but only one can lift the trophy on Saturday. Morata and Chelsea might just have to settle for that consolation prize.