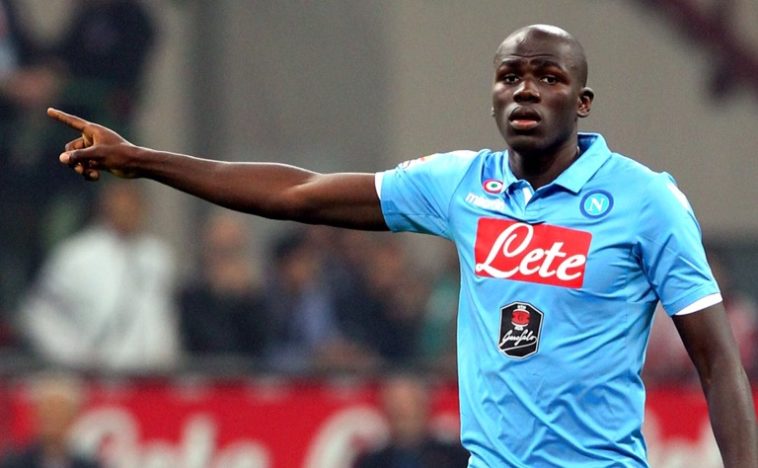 Chelsea could be about to be sued over their transfer pursuit of Napoli defender Kalidou Koulibaly.

The West London club have been linked with making a move for the 24-year old centre-back, with the defender having said last week that he is due to speak with incoming manager Antonio Conte.

The negotiations for a contract extension have stalled and they never wanted to discuss with us.
I have not talked to [Antonio Conte] but that may be soon. If nothing happens at Napoli, I will start to have contact with other clubs.
The game in England could be suitable for me but I like Italy. I do not press for a transfer but I hope to sign a renewal with Napoli or we proceed to other solutions.
Napoli also wants to make money

However, Koulibaly’s comments have angered Napoli president Aurelio de Laurentiis, who is now speaking with the clubs lawyers with the prospect of potentially suing Chelsea over their pursuit.

I thought Koulibaly was a good man.

The moment I realise you and your agent haven’t read the contracts properly before signing them, I cannot tolerate that.
Napoli were about to sign new commercial deals to use Koulibaly’s image, but his statements cancelled those opportunities. His jersey cannot be sold now.

He created damages worth millions of euros, and I have specialists studying the issue now.
If we discovered that Chelsea were behind this, we could sue them for damages too. Koulibaly is 24 years old, he is not a kid.