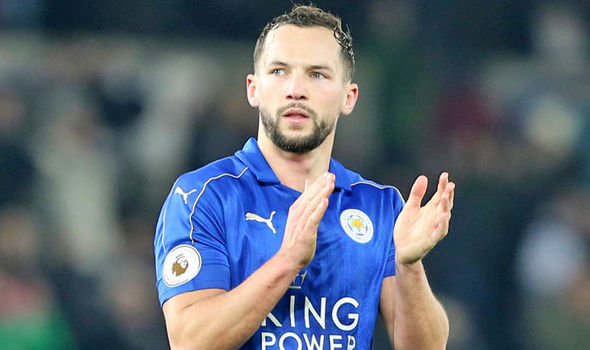 Leicester City midfielder Danny Drinkwater has handed in a late transfer request as he looks to force his way to Stamford Bridge this summer.

Drinkwater has been linked with a move to Stamford Brodge for a number of weeks, but very little progress has been made, with Leicester thought to be wanting £40m for their title winning midfielder.

With just 36 hours of the transfer window remaining though, the former Manchester United academy graduate has taken matters into his own hands by handing in a transfer request in an attempt to move the deal along.

Chelsea’s largest bid for the midfielder currently stands at £23 million, a fee that does not interest Leicester in the slightest, who are under no pressure to sell any of their stars for less than their value.

They have demonstrated this by rejecting a £32 million bid from Roma for Riyad Mahrez, who has also handed in a transfer request to the club, who are resolutely maintaining their £50 million valuation.

With regards to Drinkwater, Chelsea are hopeful that a deal can be done for around £30 million, where he would be re-united with former Leicester midfielder N’Golo Kante.

Kante made the move from the East Midlands club 12 months ago after he and Drinkwater formed an impressive partnership on the way to winning the most unlikely of League titles in football history.