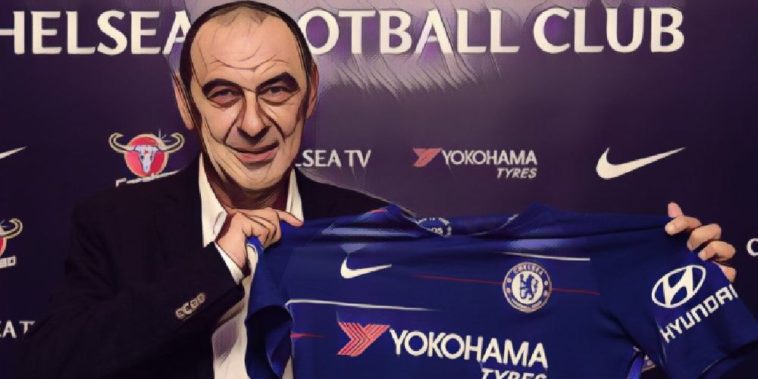 New Chelsea boss Maurizio Sarri has vowed to bring a style of football to Stamford Bridge that Blues fan will enjoy.

Despite Chelsea’s last two coaches Jose Mourinho and Antonio Conte bringing the Premier League crown to West London, both were at times accused of playing a pragmatic defensive style.

However, Sarri’s Napoli sides have drawn plenty of praise in recent seasons for the progressive possession based football they play, and the 60-year-old Italian coach has vowed to bring his ‘Sarri ball’ tactics to Stamford Bridge.

“In Naples I was very lucky to find my players adapted to my way of football. They were strong as players, and strong from a human point of view. I was lucky to transport my idea of football onto the pitch, with the quality of these players,” he said in quotes carried by the Daily Mail.

“The players have to enjoy themselves. First of all, I hope the fans can enjoy the team. I want to bring enjoyment to the fans, the fans have to be proud of the team. One hundred per cent hard work and 90 per cent fun.

“It is impossible in my job to promise something else but I will surely give all in my possession to win something with Chelsea.”