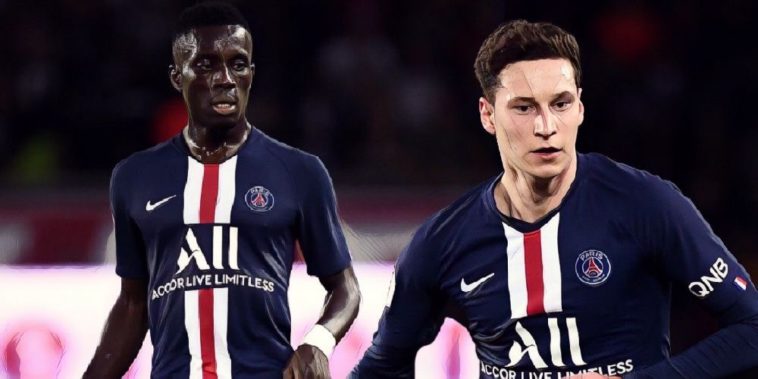 The Blues are set to be active in next month’s transfer window after having their transfer-ban lifted following an appeal to the Court of Arbitration for Sport, with Lampard set to be armed with significant funds following the club’s lack of activity and summer sale of Eden Hazard to Real Madrid.

According to Le10 Sport, Lampard has now identified midfield as an area that needs strengthening and will target a move for PSG dup Draxler and Gueye as he bids to bolster his options in the winter window.

Germany international Draxler would help the side’s lack of creativity and is capable of filling in a variety of roles, his goals and assists likely to appeal to a Chelsea side that has been accused of lacking ideas in recent weeks.

The 26-year-old has been linked with a move away from the French champions in recent months after failing to establish himself as an automatic first choice at the Ligue 1 side, and could now look to reignite his career with a move to the Premier League.

Lampard is also plotting a second raid on PSG for defensive midfielder Gueye, the former Everton star only having moved to the Parc des Princes last summer after four seasons in English football at Goodison Park and previously Aston Villa.

The 30-year-old has quickly established himself in Thomas Tuchel’s team, and it remains to be seen whether he could be tempted by a return to the Premier League.

Despite being widely praised for their start to the season, Chelsea’s form has wobbled of late, their Boxing Day defeat to Southampton at Stamford Bridge the club’s fifth defeat in their past seven league fixtures.

Asked in his post-match press conference if the clubs current form would push him closer to making additions in the January transfer market, Lampard said: “I learn about the players, particularly in games like that I suppose.

“And it’s when you’re questioned that you’ll see the strength of character of someone I’d say.”

Chelsea will be looking to bounce back from their recent defeats when they face London rivals Arsenal at the Emirates on Sunday.