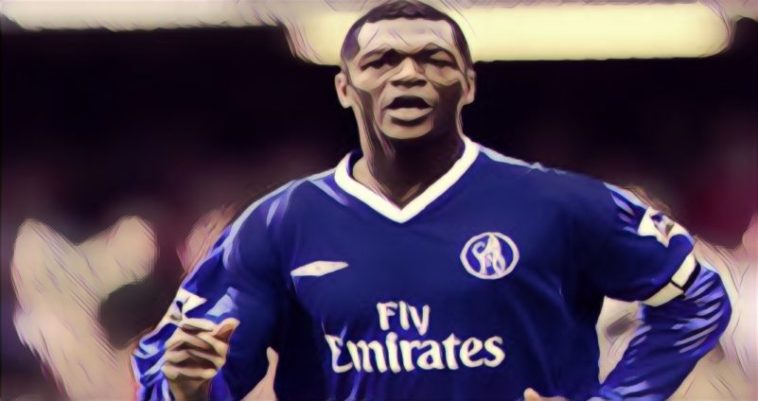 Chelsea legend Marcel Desailly believes his former clubs poor form this season is the fault of the Blues players and should not be blamed on Italian coach Antonio Conte.

The Stamford Bridge club won the Premier League title comfortably last season, but have struggled badly this term and look set to miss out on a place on a place in the top four. With the Blues currently sitting 10 points behind fourth placed Spurs with just six games remaining.

Due to these poor results on the pitch and disagreements with his clubs board over transfer policy it is widely thought that Conte will depart Stamford Bridge at the end of the season.

Chelsea have a reputation for being a club that regularly sacks their coaches once results start to slip, and having gone through 11 different managers since 2003 when Roman Abramovich bought the Stamford Bridge, this accusation is certainly not without foundation.

In the past it has also been felt that Chelsea’s players had a huge amount of power and that when results have dipped the club’s Russian owner has often been too fast to blame the manager.

However former France international defender Marcel Desailly has called upon his former club to break from this tradition and keep Conte.

Desailly insists that the former Juventus coach should have enough credit in the bank after his superb first season in England and that Chelsea should instead sell four or five of their underperforming players.

‘What was working last season with Conte cannot suddenly not work this season,” Desailly told the Daily Mail.

‘Before they’ve changed the coach, and kept the players. This time they should keep the coach and look to move four to five players on.

‘Your best players’ performances have dropped and Chelsea did not get the correct players with the correct strengths or another top player in the summer. “

‘Players like [Victor] Moses and [Marcos] Alonso played a magnificent season last year but they were in need of support this year.”

‘It’s been a collective failure at Chelsea this season. I don’t think the situation that Chelsea are in is Conte’s fault – you must give him that season.”