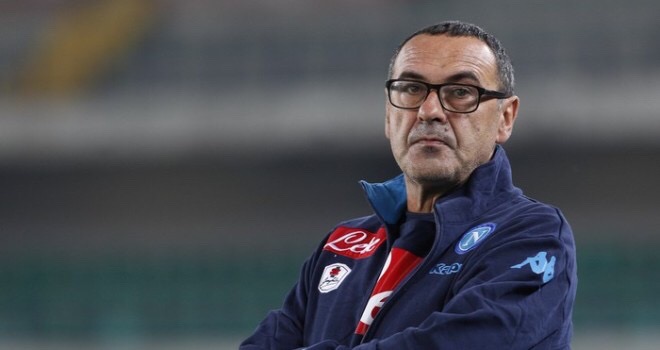 Chelsea are looking at potential new manager as tensions with Antonio Conte rise.

Chelsea haven’t had the greatest starts to their Premier League title defence, with Blues currently in fourth place in the league, nine points behind league leaders Manchester City.

Conte was reportedly unhappy in the summer at the lack of transfer activity as he desperately tried to bolster his squad in the full back, central defence, midfield and attacking departments. However the club made very limited progress, signing Davide Zappacosta and Danny Drinkwater on Deadline Day after tracking the likes of Radja Nainggolan and Alex Sandro. Conte himself has also publicly admitted that he is homesick and looks forward to returning to Italy.

There are also reports of tension within the Chelsea dressing room with players growing increasingly unhappy with the 48-year-old.

However, according to Football Italia, Chelsea are eyeing up a move for Napoli manager Maurizio Sarri as a potential replacement for the Italian.

Sarri has surprisingly led Napoli to the top of Serie A, playing some scintillating football along the way. Their football also earned rave reviews from Manchester City manager Pep Guardiola. City beat Napoli 2-0 in their recent Champions League fixture, only for Guardiola to compliment their opponents by saying:

“[Napoli] are one of the best teams I’ve faced in my career. No doubt about that. Maybe the best.”

Now, according to the report, Chelsea are prepared to offer Sarri €12m-a-year to take over at Stamford Bridge. The 58-year-old has a €7m release clause in his contract.