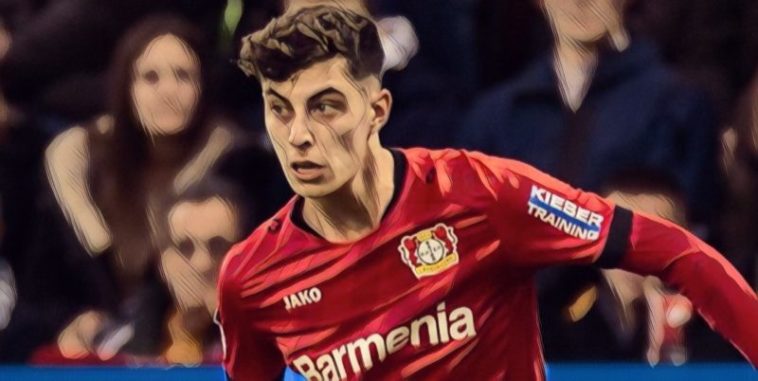 Chelsea have reportedly made contact with Bayer Leverkusen over the availability of Kai Havertz, the midfielder amongst the most highly-coveted young players in Europe at present.

The west London side have wasted little time as they seek to strengthen their squad ahead of next season, having already announced the capture of Hakim Ziyech from Ajax and reportedly agreeing a deal with RB Leipzig for prolific forward Timo Werner.

According to the Guardian, the club have no intention of reigning in their spending despite the financial uncertainty in football at present, and have also made a move to bring Germany international Havertz to Stamford Bridge.

The 20-year-old has established himself as one of the most exciting young players in world football since coming through the ranks at Leverkusen, whilst he has starred since the return of the Bundesliga with five goals in just five fixtures.

Bayern Munich, Real Madrid and Manchester United are amongst the clubs to have been credited with an interest in a player who is believed to be valued at around €100 million (£89m) by the German outfit, but Chelsea have now made their move in what has proven to be an exciting summer of recruitment, the Blues hoping to ‘negotiate a fee in the region of £70m.’.

Owner Roman Abramovich is aware his side have fallen some way adrift of Liverpool and Manchester City and is keen for Chelsea to return being title challengers once again, the Russian prepared to sanction a move for Havertz this summer.

Chelsea are due to be bolstered by the receipt of £48 million from the permanent transfer of Alvaro Morata to Atletico Madrid, the striker having been on loan in the Spanish capital since January 2019.