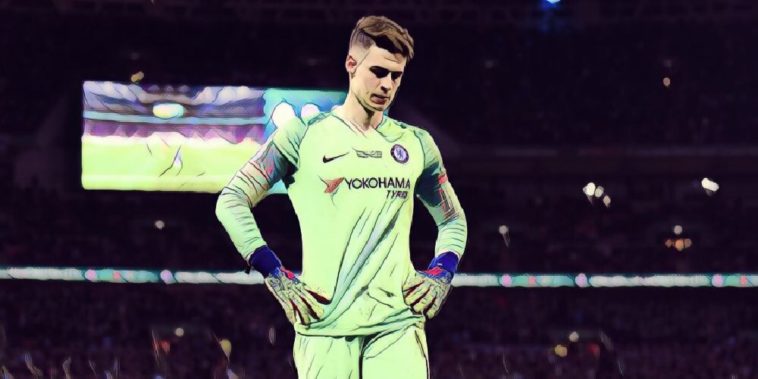 Maurizio Sarri chose to drop Kepa Arrizabalaga for the visit of Tottenham Hotspur on Wednesday night following the goalkeeper’s refusal to be substituted during the League Cup final.

The Basque native had complained of cramp during extra-time of the game against Man City, leading Sarri to prepare Willy Caballero for action before things descended into the realm of farce.

With all eyes on what the Italian manager would do at Stamford Bridge, Caballero would end up taking the place of the team’s usual starter in goal, dropping Arrizabalaga to the bench as punishment for his transgression.

In the end, it wasn’t a difficult decision for Sarri to make, who afterwards said he felt the matter was now dealt with and that Chelsea could move forward from the saga.

“It was really very easy because Kepa made a big mistake and then paid with the club,” Sarri told BBC’s MOTD.

”In this match he has to pay for the team. It was only a message for all the team, the dressing room, we are a team – not 25 individuals.

“Now we stop the question, it is behind us and in the future Kepa will be with us.”

Caballero kept a clean sheet against Spurs as the Blues went on to win 2-0, keeping the London side within three points of Arsenal in fourth place in the Premier League table.