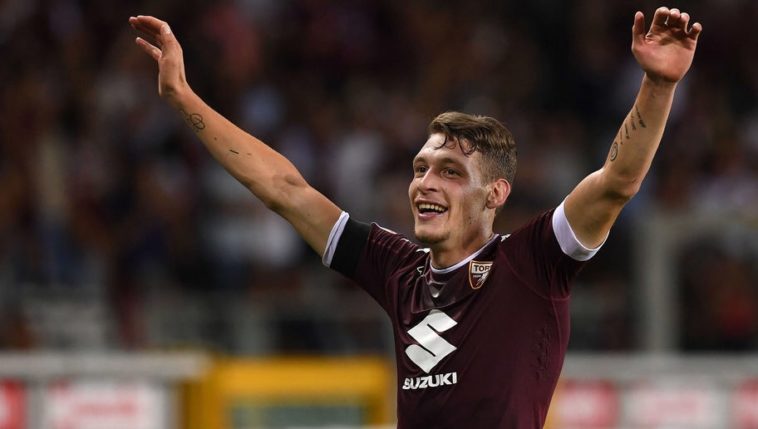 Chelsea, Man Utd and Arsenal target Andrea Belotti has agreed personal terms with AC Milan according to reports in Italy.

The Italian striker has been on the lips of Europe’s top clubs over the past six months after scoring 40 goals in 74 appearances for mid table Italian club Torino.

Arsenal made a move for the 23-year-old back in January, but saw their £56m bid rejected by the Serie A club. Manchester United also had Belotti on their shortlist along with Alvaro Morata, before eventually agreeing a £75m deal to sign Romelu Lukaku from Everton.

The Belgian’s  move to Old Trafford came as quite a surprise to those at Chelsea, who thought they were in pole position to land the striker. Instead, they have now been forced to look at other options.

Like Manchester United, Chelsea are also interested in Alvaro Morata and Andrea Belotti, while have also been linked with Pierre-Emerick Aubameyang and Gonzalo Higuain.

However, according to reports in Italy, Belotti has now agreed personal terms with AC Milan.

The striker has a €100m release clause in his contract that can be triggered by any team outside of Italy, however AC Milan are not able to trigger that’s particular clause.

The addition of Belotti to their ranks could see them challenging for the Serie A title, a title they haven’t won since 2010/11.

Torino have also added fuel to the fire regarding Belotti’s potential exit by leaving him out of the images releasing the clubs new kit.