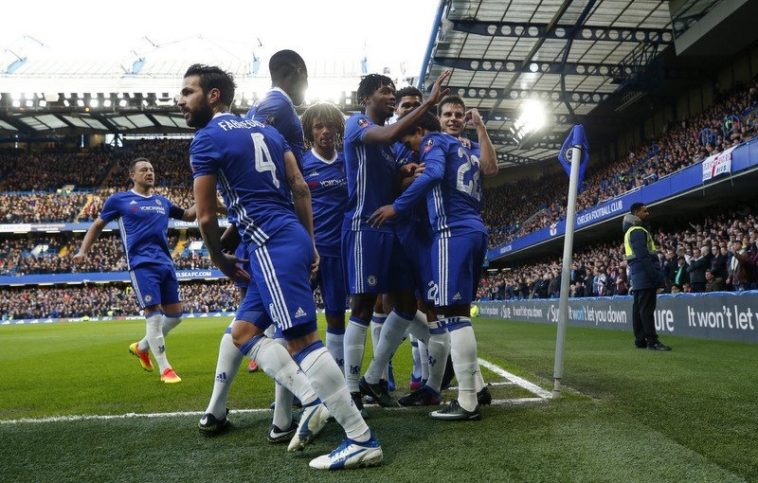 At Stamford Bridge on Saturday, Brentford couldn’t cause an FA Cup giant killing as Chelsea ran out 4-0 winners.

The Blues were the better side, and other than short spell early in the second half, the Bees didn’t really look like causing any trouble. Chelsea started mostly a second-string side with just a few first team players starting, but they still did the job quite comfortably.

Only two players who started on Saturday are regulars for Antonio Conte’s side – those being Azpilicueta and Pedro. The performance that Chelsea’s second team put out shows exactly how good their depth is. Everyone on that pitch was superb but the one’s that I felt stood out were Loftus-Cheek, Batshuayi and Fabregas.

Why Fabregas should start more often

Fabregas completely ran the game although, he was given too much time on the ball by the Brentford midfield. He played numerous good through balls and just in general was brilliant.

His performance proved why he needs to be starting against sides that will sit back, and defend. An argument could be made that he should start always, but he really shouldn’t start against attacking sides such as Man City, Arsenal and Liverpool.

When he started at the Etihad, he played two defence-splitting through balls, one of which led to a goal, but his lack of defensive attributes let him down and he was very lucky that it was Ilkay Gundogan who started in midfield for City, not the much more physical, Yaya Toure who would’ve been much too strong for Fabregas.

21-year-old, Ruben Loftus-Cheek, was also brilliant in attacking-midfield. The youngster has been a well-known talent for quite a while now but he dominated in midfield.

His combination of pace and strength,as well as brilliant technical attributes make him hard to deal with. His brilliant performance against a mid-table Championship team proves that he is the standard of a promotion-chasing second tier side and could even be a solid Premier League player.

Although Conte has said he won’t be letting him go in January, a move to either a promotion-chasing Championship club (Leeds, Newcastle, Brighton etc.) or a lower half, Premier League club (Sunderland, Hull, Palace etc.) would be beneficial for him. His performances against Peterborough, Scunthorpe and Brentford over the past two seasons in the cup shows why he is good enough for that level.

Batshuayi should start when Costa is unavailable starting up front

The Belgian has had very limited game time since his £32million move from Marseille in the summer, but his performances when given a chance show how much potential he has. Every time he’s played for Chelsea, he has really impressed and I feel he deserves more minutes – especially when Diego Costa is injured or suspended.

Twice this season, Costa hasn’t been available and twice, Conte has decided to play an attacking-midfielder instead of him. That shows how little Conte rates him the striker. So much so that he’s even tried to loan him out.

Batshuayi isn’t nearly at Costa’s level, but starting Willian over him and playing a false nine isn’t the right move. At the age of 23, he still has years to develop and I think he’s already a brilliant striker and very underrated. Chelsea need to make the most of this talent they have.

Although neither of these three should be regular starters Chelsea, they definitely deserve more minutes. They face Liverpool tomorrow night in a crucial match. Liverpool fit under the category of ‘attacking sides’ so Cesc Fabregas definitely shouldn’t start at Anfield. Other than that, Chelsea should play their usual line-up.