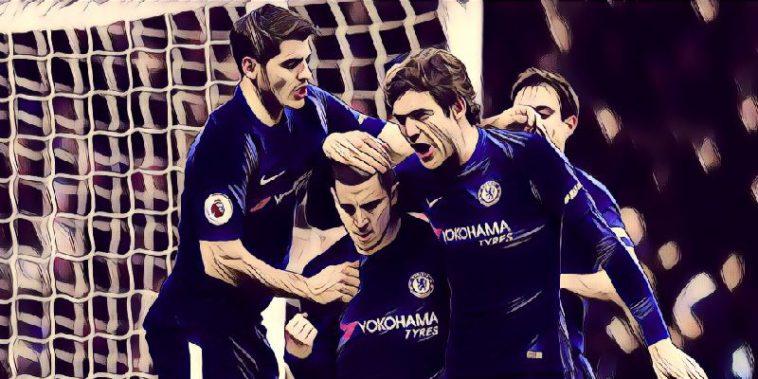 Chelsea came from a goal behind to comfortably beat Newcastle 3-1 in an entertaining Premier League game at Stamford Bridge.

A brace from Eden Hazard and a goal from Alvaro Morata were enough to give the Blues the win, however, we learned a lot from the affair. Here are five things we learned from Chelsea 3-1 Newcastle.

I thought three players were phenomenal for Chelsea on Saturday, Victor Moses, Cesc Fabregas and the eventual man of the match – Eden Hazard.

Newcastle’s defenders were handling Hazard to perfection for about 15 minutes until the Belgian stomped his authority on the game. Constantly finding space, weaving in and out of defenders like they were children and if it wasn’t for two magnificent saves by Karl Darlow, he’d have scored four.

At first glance, this probably looks a bit bizarre but then again, so was Newcastle’s defending at times. Newcastle’s back line, honestly, made a few mistakes but weren’t helped out by their midfield whatsoever.

Matt Ritchie was hopeless in the wing-back role. Ayoze Perez had more of a defensive impact than Mo Diame and Mikel Merino looked a shell of the player he was before his injury.

Despite the result, Newcastle’s system could be right

Rafael Benitez has struggled to find a consistent system for Newcastle United this season. Yesterday, he might have found it – bare in mind that Ritchie will probably be shifted up in place of Ayoze Perez and DeAndre Yedlin will come in. Benitez will easily forgive individual errors but will be fed up with the likes of Diame failing to put in a performance against the Champions.

Exactly what it says on the tin. People had doubts over Morata when he signed for Chelsea but he’s proving that he is worth every penny. The fact is, the likes of Hazard, Willian and Fabregas can break down any team, they just need someone who can convert their chances and that player is Morata. The Spaniard had a relatively quiet game but still managed to get on the scoresheet with a real poachers effort.

Dwight Gayle’s goals might just keep Newcastle up this season

Newcastle have struggled for goals this season with Joselu up-front. That was before, Gayle reached full fitness and has since scored at Old Trafford and Stamford Bridge, with their defence seemingly shaken from the last few drubbings, Newcastle may need to look back to their 90s style of “It doesn’t matter how many you’ve scored because we’ve scored more” mentality. Although, Benitez prefers himself as a defensive mastermind, that just isn’t working for the Magpies this season.