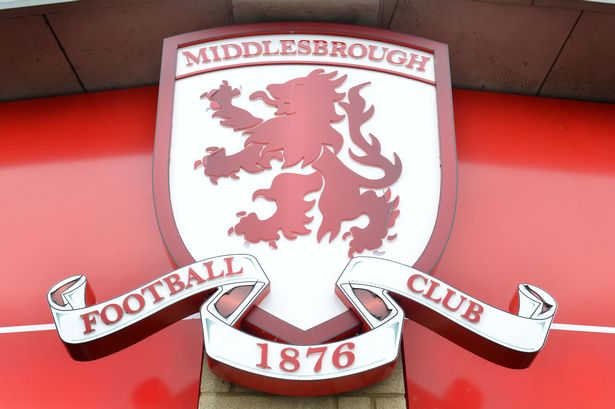 Middlesbrough may be without a manager, but changes still need to be made. We need to make them fast.

Whilst there may be the significant absence of a permanent manager, you can’t stop the chatter and debate about who Middlesbrough should look to sign during the summer. Steve Gibson has called for ‘more flair, more pace”. His impassioned statement after the Southampton game included the much talked about ambition to “smash the league”, and whilst it wasn’t a guarantee that we will (these things shouldn’t be assumed), the intention is definitely there.

With that in mind then it’s easy to see why the main focus of Boro’s transfer dealings will be forward thinking players, those who can make a difference at the business end of the pitch. I acknowledge that it’s a major issue for us; we’re incredibly light in that area.

The need for creativity

Rudy Gestede and Patrick Bamford are the only real options in the striking department after Alvaro Negredo returned to Valencia, and while they’ll be more than useful at Championship level, there’s no denying we need some real competition for places.

In terms of creativity, it doesn’t look too promising either. You feel that both Gaston Ramirez and Adama Traore will be offloaded, especially Ramirez. His path back to the first team is well and truly blocked, and rightly so. As for Traore, even if he did stay, is he going to be any more effective in the Championship? Beating his man was never a problem at Premier League level, it was his final ball and overall decision making that let him down. He may get more chances in the Championship to cause damage, however no improvement on his end product will just yield frustratingly predictable results.

And then there’s Viktor Fischer. Ah, the enigma that is the Dane. There’s clearly talent there, nobody plays for Ajax and their national team without possessing some ability. However he wasn’t anywhere near the first 11 for the majority of the season, seemingly not fancied by Aitor Karanka. Impressively he still managed to get three assists, but it would be foolish to think he’ll be the sole answer to our creative problems.

What about defence and keeper?

There’s been talk of giving the clubs youngsters a chance to flourish. Harry Chapman and Callum Cooke both had good spells at Sheffield United and Crewe respectively, but despite their obvious potential, that is all they offer right now – potential. In a season where it’s vital Boro make an immediate return to the top flight, it would be unfair to pin our hopes on players such as Chapman and Cooke. That’s not to say they shouldn’t be in and around the squad, but as regular starters? I’m not so sure.

So then, who should we go for? Well it’s easy to start drawing up a shopping list of attacking talent, in fact there’s plenty at Championship level to take a look at, but what about the defence and goalkeeper situation? What doesn’t seem to have been talked about too much is what’s going to happen there in terms of incomings.

Take those names out of the equation and it doesn’t leave us with many options at the back. Aside from Dani Ayala, Dael Fry, George Friend and Fabio, a great back four may I add, there’s potentially nobody to offer cover or competition. That said though, the goalkeeping situation isn’t much better either.

Dimi Konstantopoulos and Connor Ripley are currently the only senior keepers available to whoever comes in to take the reins at Boro. I say that as you’d expect Tomas Meijas to be off. He never really got going at The Riverside, and despite some impressive cup displays, he didn’t really convince on the whole. His loan move to Rayo Vallecano tells you all you need to know about his standing within the club.

Despite having a great season at Oldham, equalling a club record for clean sheets (18), that being the most in League One, Connor Ripley is an unknown quantity in the Championship. The step up in quality is bigger than it ever has been, should he be handed the No.1 spot? As for Dimi, he’s been in the twilight of his career for some time now, and despite talk of a new deal can he really be seen as the clubs long term option in goal? The sentimental among us (me included) would like him to play, but is now not the time to move on and bring in fresh faces? Time will tell, but you would feel there definitely needs to be at least one goalkeeping addition.

So for all the talk of us having a good ‘core’ in the squad, that word being used rather a lot, in reality that’s all it is. As well as being light up top, we’re actually only a couple of players leaving away from being woefully short at the back too. But fear not, we have one of, if not the biggest, budget in the league next season. We’ll have enough financial clout to attract some of the league’s leading lights and maybe even tempt one or two Premier League players to drop down a division. But to get on with this we’re missing one thing…a manager.

For all the issues explained above we currently have nobody in place to start making the necessary changes. We’re now in June with the squad due to return to training at the end of this month – time is of the essence.

Its imperative the club gets someone in as soon as possible. There’s vital work to be done, ideas to be implemented, players to ship out and recruitment to be undertaken. However, none of this can start until we have a new man at the helm. I’m personally at a stage where I’m more or less happy with whoever comes in, just as long as they’re arriving imminently so they’ve enough time to get things ready, making sure we’re well prepared for the campaign ahead.

Whether it’s Garry Monk, Nigel Pearson or anyone else, they must be appointed quickly. We don’t want to start our season on the back foot, playing catch up and rushing signings through the door late on in the transfer window. We’ve got to be on it from the off because the Championship has a not so funny way of surprising you, and if you’re not prepared then it could be a long old season.

So come on Boro, give us an announcement. Let’s get someone in now; we’ve got so much going for us. Let’s not jeopardise our chances of an immediate top flight return by dithering and leaving us ill-prepared.

It’s over to you Sir Steve, hurry up and unveil the new man and let’s “smash the league”.