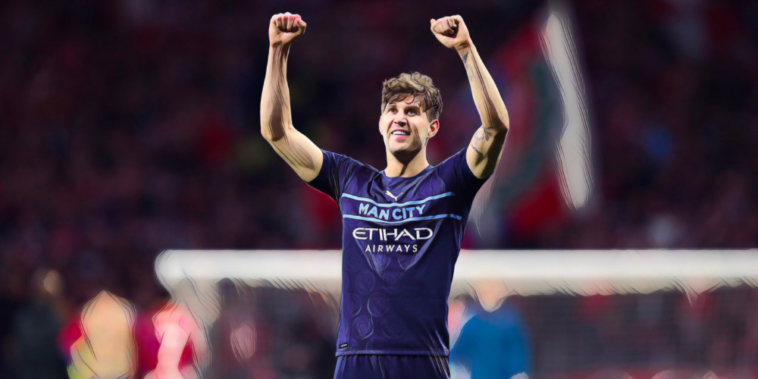 The UEFA Champions League’s semi-finalists have been confirmed after some hugely entertaining quarter-final ties, with Liverpool and Manchester City each progressing to the last four.

City held on for a goalless draw in the cauldron of the Wanda Metropolitano, their second leg with Atletico Madrid full of needle as Diego Simeone’s side looked to antagonise their opponents in signature style.

Liverpool’s second leg with Benfica proved a thriller at Anfield, but little could match the drama of Chelsea’s valiant attempt to rescue their tie with Real Madrid in Spain. Elsewhere, Villarreal caused the upset of the quarter-finals after dumping out Bayern Munich.

Following the latest action we’ve picked out some of the competition’s leading performers, here is The Football Faithful’s Champions League Team of the Week.

Having been a spectator for much of the first leg last week, Ederson needed to be more alert during Manchester City’s return with Atletico Madrid.

The Brazilian occupies the sweeper-keeper role better than most and his distribution was at its usual high standard, whilst he remained concentrated until the closing stages as Atletico upped the pressure late on.

He came up big with two huge saves in stoppage-time as City booked a semi-final return to Madrid.

Reece James was outstanding during Chelsea’s 3-2 win at Real Madrid, as the holders bowed out of the competition despite an impressive second leg showing at the Bernabeu.

Thomas Tuchel used James to combat the threat of Vinicius Junior and the tactic worked brilliantly. The 22-year-old won five tackles and seven duels in the first half alone, whilst he coped excellently on the tightrope of an early booking.

James is fast becoming one of the most complete full-backs in European football and it is perhaps telling that Karim Benzema – one of the most influential stars in world football right now – requested the shirt of the Cobham graduate after a superb showing in Spain.

Manchester City reached the semi-finals after a goalless draw at Atletico Madrid, surviving the hostile environment in the Spanish capital to reach the last four.

Atletico’s game-plan was both predictable and pragmatic, sitting deep defensively once again before making a late challenge to turn the tie around.

The La Liga champions were met with resistance by John Stones at the heart of the City defence, with the England international in fine form for Pep Guardiola’s side.

A rock at the back. 🪨 pic.twitter.com/rRKOObFdCM

The 27-year-old was calm under pressure and alert with his defending, the centre-back one of the coolest heads in the Wanda Metropolitano as chaos began to unfold around him.

Rudiger was a dominant presence at both ends of the pitch for Chelsea, providing solid security in defence and threatening when venturing forward.

The Germany international drove onwards in possession, making a game-high of 28 passes in the final third, and was a danger from set-pieces.

"Imagine that changing room, there will be things going flying."

"I kicked walls, I ended up kicking people at times." 🤣

He rose to power home Mason Mount’s corner and level the tie, the highlight of a performance full of defensive aggression and leadership.

His unfortunate slip allowed Karim Benzema to give Real Madrid the aggregate lead in extra time and it was a cruel moment for the centre-back whose performance deserved better.

Tsimikas rarely puts a foot wrong when deputising for Andy Robertson at left-back and Liverpool’s win over Benfica was no different.

The Greek international was strong defensively and threat going forward with his crosses, ending the clash with two assists after two fine set-piece deliveries found Ibrahima Konate and Roberto Firmino.

Full of energy, as ever, his second season at Anfield has seen Tsimikas develop into a reliable member of Jurgen Klopp’s squad.

For the second successive week Dani Parejo makes our Champions League XI, with the midfielder at the heart of Villarreal’s upset of Bayern Munich.

The 32-year-old was at his best at the heart of the Villarreal midfield, offering an assured presence in possession and producing a number of eye-catching passes.

His finest moment came in the closing stages as he released Villarreal on the counter-attack to score the Spanish side’s decisive goal, having turned away from danger – under pressure from three Bayern challenges – on the edge of his own area.

Villarreal’s signing of Parejo on a free transfer from cash-strapped Valencia must rank as one of Spanish football’s great modern bargains .

Last season Real Madrid crashed out of the Champions League to Chelsea, their iconic midfield having been overran and outworked in a performance that looked as if time had caught up with the Spanish side.

There were fears that Chelsea’s energy could again prove too much as the Blues threatened to turn around a 3-1 first leg defeat this week, as the West Londoners dominated for much of the contest at the Bernabeu.

👀This angle of Luka Modric’s assist is EVERYTHING!🔥

The Croatian’s outside-of-the-boot assist for Rodrygo was out of this world and brought the tie level after Chelsea’s initial comeback, whilst Modric’s relentless running – which seemed to increase as extra-time wore on – is extraordinary for a player who will turn 37 in September.

Already a Real Madrid legend, his status will grow even greater if he can inspire this side further in this competition and win a fifth Champions League winners’ medal this season.

Having returned to form during the weekend win at Southampton, Mount got Chelsea up and running in the second leg with Real Madrid after scoring a superb opener beyond Thibaut Courtois.

Mount often comes alive in the big games and then turned provider for Antonio Rudiger to head in a second and level the tie, whilst his work-rate on and off the ball set the tone for Thomas Tuchel’s side.

3 – Mason Mount is only the third Englishman to score a UEFA Champions League goal against Real Madrid at the Bernabeu, after Alan Smith in 2001 and Danny Welbeck in 2013. Belief. pic.twitter.com/lKcwjdStHp

In an enthralling encounter and against a midfield with huge experience, Mount gave Casemiro a torrid time across the opening exchanges and showed he can deliver in world football’s biggest arenas.

Another who took an improved showing into Chelsea’s win at Real Madrid, Timo Werner followed his two goals at Southampton with another at the Bernabeu.

Thomas Tuchel went for form over favourites in Spain and Werner vindicated his selection with another encouraging performance, his work-ethic and speed causing problems for the home side.

What a football game! Feels like we deserved more, really tough to take😤 pic.twitter.com/KxCcN9Cpgk

Werner’s presence in the team improved Chelsea’s press and he took his goal in fine fashion, keeping his composure inside the box to put the West Londoners ahead on aggregate.

Tuchel has opted for an all-German pairing of Werner and Kai Havertz in recent fixtures and it is a combination which could flourish with further time to develop.

Roberto Firmino provided a reminder of his value to the Liverpool side against Benfica, scoring twice to ensure the Reds’ safe passage into the semi-finals.

It’s been a frustrating season for the Brazilian with injuries and increased competition having limited his involvement, but it’s now 11 goals from 16 starts across all competitions in 2021/22.

He reacted well to turn in Diogo Jota’s cross-shot for his opener, before showing intelligent movement to reach Kostas Tsimikas’ free-kick and double his haul.

Klopp has an unenviable task in choosing his favoured front three, but Firmino remains the best link-man among Liverpool’s attacking options.

If Darwin Nunez was using Benfica’s quarter-final tie with Liverpool as an audition to Europe’s leading clubs, it was one he passed with flying colours.

The Portuguese side are out after a 6-4 defeat on aggregate, but there’s little doubt the performances of Nunez across the two legs will have impressed.

Darwin Núñez is the first player to score six goals for Benfica in a single #UCL campaign:

The Uruguayan scored a well-taken effort at Anfield on Wednesday evening, whilst he was denied a second following a brilliant save from Alisson.

Nunez’s endless running, strength and oozing confidence have taken the Champions League by storm this season and there will be a long list of clubs looking to prise the 31-goal forward from Portugal this summer.