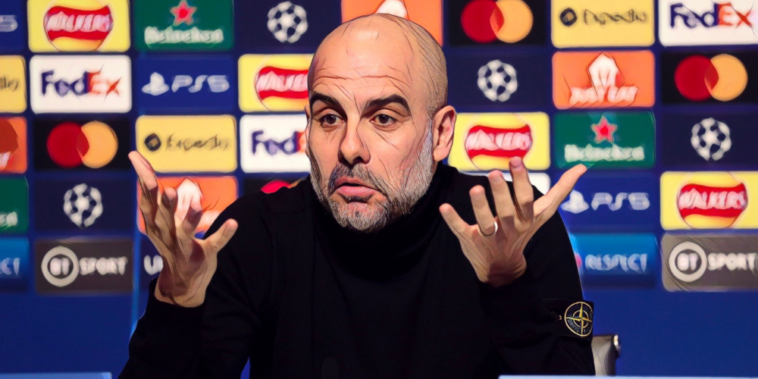 The UEFA Champions League quarter-finals begin this week with the first legs of the last eight ties, each of the remaining sides just four games from a final appearance.

England and Spain remain well represented with three teams each in the quarter-final line-up, with Liverpool, Manchester City and Chelsea hoping to make it successive Premier League triumphs this season.

Ahead of a fascinating set of quarter-final ties this week, we’ve picked our four Champions League talking points.

Gomez to earn another chance?

Trent Alexander-Arnold’s unique skillset is irreplaceable to Liverpool, but Joe Gomez has done his best impersonation in the right-back’s recent absence.

Gomez had endured two testing campaigns and has made just eight Premier League starts since the start of last season due to fitness and favour, having fallen to fourth choice at centre-back after his prominent role in Liverpool’s 2019/20 title triumph.

The 24-year-old has earned an opportunity at right-back during Alexander-Arnold’s spell on the sidelines and impressed during the win over Watford last weekend, providing the assist for Diogo Jota’s opening goal with a cross his absent teammate would have been proud of.

An assist and an excellent display from @J_Gomez97 this afternoon 👏 pic.twitter.com/ojJKIKGLdr

Gomez’s greatest attributes are undoubtedly defensively, but that assist – just his fifth in 137 appearances for Liverpool – was an encouraging sign that he can deputise when required at right-back.

Liverpool travel to face Benfica on Tuesday evening and Gomez could again be selected as Alexander-Arnold, who was on the bench at the weekend, returns to full fitness.

Liverpool face Manchester City in a seismic clash in the Premier League this weekend and Gomez could allow Jurgen Klopp to give Alexander-Arnold additional time to recover for that Etihad showdown.

Pep Guardiola mocked suggestions he overthinks his approach in the Champions League’s latter stages, having admitted in the past his regret over tactical tweaks in last season’s final defeat to Chelsea.

“In the Champions League I always overthink,” he said at his pre-match press conference ahead of City’s clash with Atletico Madrid.

“I always create new tactics and ideas, and tomorrow you will see a new one. I overthink a lot, that’s why I have very good results in the Champions League. I love it. It would be boring if I always played the same way.

“If people think I will play the same against Atletico and Liverpool, I don’t think like that because the movements from Liverpool are completely different than Atletico – especially because the players are all different.

“Every player has a mother and father and the mother and father give different personalities to the players. That’s why I love to overthink and create stupid tactics, and when we don’t win I am punished. Tonight I will take inspiration and I’m going to do incredible tactics tomorrow. We play with 12 tomorrow!”

Guardiola’s sarcastic response will not remove the questions over his tinkering in Europe, however, and the Spaniard will face a familiar and unique foe against Atletico this week.

The pragmatism of Diego Simeone’s side, who arrive at the Etihad in form and on a run of six consecutive wins, will pose problems and Guardiola will be more than aware of how the dark arts and dogged defending of their Spanish visitors can end a European campaign.

Bayern Munich’s 2015/16 semi-final defeat to Atletico will be fresh in the memory for Guardiola, who saw his side dumped out on away goals despite averaging 71% of the possession over the two legs and managing 52 attempts on goal to Atletico’s 18.

Chelsea head into their Champions League quarter-final with Real Madrid on the back of their worst performance of the season, a humiliating 4-1 home defeat to Brentford as the Blues lost to the Bees for the first time since 1939.

Thomas Tuchel’s side need an instant response as the record 13-time European champions arrive in west London this week, a rematch of last season’s semi-final in which Chelsea cruised into the final over two legs.

“It’s scored by Mason Mount, who’s Chelsea through and through, who’s come through the Academy, and he’s just scored the goal to take Chelsea to Istanbul!” 😍

Real Madrid are set to provide a sterner test than last season’s showdown, with Carlo Ancelotti’s side 12 points clear at the top of La Liga and buoyed by a captivating comeback against PSG in the previous round.

Much could depend on the make-up of the Madrid midfield, however, who were outfought and outrun by a fresher Chelsea side last season. Will Ancelotti be brave enough to break up the veteran combination of Toni Kroos, Luka Modric and Casemiro and add athleticism to his ranks?

Real returned to winning ways at Celta Vigo last weekend following their El Clasico thrashing to Barcelona and in Karim Benzema, they have a forward who can decide even the tightest ties.

Chelsea remain favourites, but dealing with Benzema will be central to their hopes of success. The France international has 47 goals and assists in 35 appearances for Real Madrid in all competitions this season.

Villarreal enter the Champions League’s quarter-finals as huge underdogs, despite shocking Juventus in the previous round to reach this stage.

Unai Emery’s side secured a shock 3-0 win in Turn to reach the quarter-finals, but face an even greater task as the Spaniards prepare to welcome Bayern Munich in the last eight.

Villarreal have been in indifferent form domestically, but are unbeaten in nine games at home ahead of Bayern’s arrival at El Madrigal this week.

Bayern Munich have scored at least once in each of their last 75 Bundesliga games 🔥 pic.twitter.com/MqSTaao0Px

However, disappointing defeats on the road to Cadiz and Levante in recent games demonstrate the size of the task facing Villarreal, against a Bayern Munich team who have not lost an away fixture in the Champions League since September 2017.

The Bavarians warmed up for the clash by thrashing Freiburg 4-1 at the weekend and, nine points clear at the top of the Bundesliga, can now turn their attentions to progress towards a seventh European triumph.