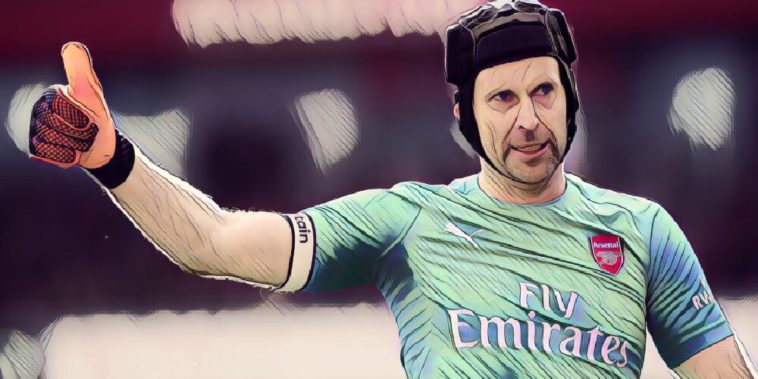 Arsenal goalkeeper Petr Cech has said that Arsenal are ‘creating a momentum’ after he helped his side to a 2-0 win over Everton.

Time after time, Everton nicked in to steal the ball and found themselves through on goal, but were constantly thwarted by former Arsenal ‘keeper Petr Cech, who made a number of saves to keep his first clean sheet of the season.

Arsenal would grab their fourth Premier League win on the spin thanks to a fine strike from Alexandre Lacazette, and a blatantly offside goal from Pierre-Emerick Aubayang, but despite the slightly fortunate result, Cech said that the Gunners are starting to build a momentum:

“We had two difficult games to start with, and having lost both you need to find a way to pick yourself up, but now we have four wins in a row which is creating a momentum, and I think it helped us to get through the game,” the former Chelsea ‘keeper told the BBC.

“Everton created a lot of chances in the first half and we had to stick together and wait for our opportunity to score which made the difference. I’m delighted with the performance and the clean sheet. I had a lot to do today and I had to help the team stay in the game, and as an experienced player, you have to do your part.”