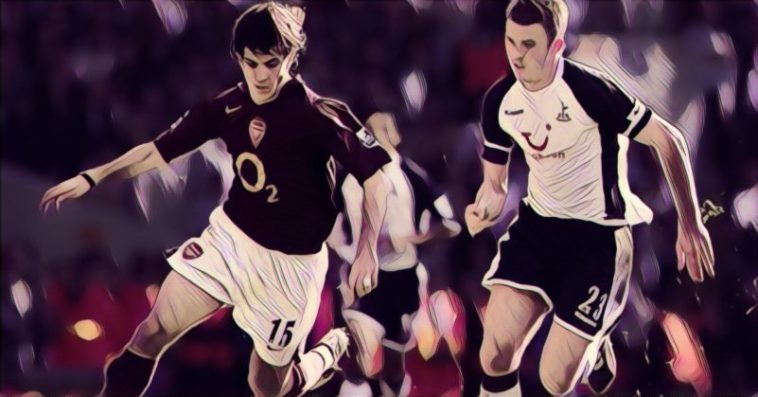 Former Manchester United midfielder and current coach Michael Carrick has revealed just how close he came to joining Arsenal back in the summer of 2004.

Carrick, then of West Ham, went to meet Wenger at his home and the legendary French coach pretty much guaranteed the former England international that he would sign him once Arsenal got their upcoming Charity Shield game against Manchester United out of the way.

However, a 17-year-old Cesc Fabregas put in a superb performance in the centre of the park against Sir Alex Ferguson’s side and Wenger soon backtracked and called off his proposed move for Carrick, who not long after joined the Gunners North London rivals Spurs.

“Arsene Wenger was at the peak of his powers at the time, a giant of management, and it felt surreal to be there talking to him in his front room,” Carrick says in his autobiography currently being serialised by the Times.

“We talked for almost an hour about football.

“Wenger had the Community Shield at the weekend but was spending an hour with me, so surely he had to be interested in signing me?

“‘Let’s get Cardiff out the way, and we’ll see you Monday,’ Wenger said as we left.

“I saw that a kid, Cesc Fabregas, only 17, started in Vieira’s place.

“Fabregas played a blinder but I didn’t think too much about the significance.

“I sat at home on Sunday night waiting for the call to arrange details of the next day. Arsenal! I couldn’t wait.

“The next day, I had to go into training at West Ham instead and, on the way, David phoned to say he’d had a call from Dein.

“David relayed the gist of his message, like, ‘I’m sorry, the manager says we don’t need Michael. Fabregas is coming through like he is. Sorry, the deal’s off.’

“I was totally devastated as I had my heart set on Arsenal and playing with all that talent.”

Despite the devastation at the time, Carrick went on to win an abundance of trophies including five Premier League titles one FA Cup and one Champions League after joining Manchester United in 2006.