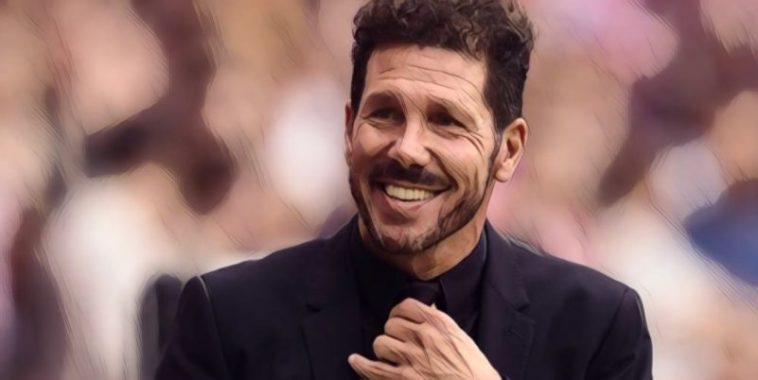 Liverpool were knocked out of the Champions League by the Spanish side last month, with Klopp having been critical of Simeone’s defensive style following a 4-2 aggregate defeat.

Despite dominating for large periods, the Reds were unable to find a way through a stubborn Atletico rearguard as the hosts sat back on a first-leg lead, hitting the 2019 winners on the counter at Anfield to progress to the last eight, with Klopp saying Simeone’s side didn’t play ‘proper football’.

Speaking after Simeone celebrated his 50th birthday earlier this week, Carragher was full of praise the Argentine and admits he would ‘love’ to see El Cholo test himself with a future move to the Premier League.

“I’m a big fan of Simeone. We remember him as a player with what happened with David Beckham and his Atletico Madrid team are exactly the same on the pitch,” Carragher told Sky Sports.

“We saw that against Liverpool a few weeks ago. I’m a huge fan of what he’s done as a manager and I’d love to see him in the Premier League one day.

“I think the language barrier may be a problem. I thought Jurgen Klopp was very emotional after the game against Atletico Madrid but I thought he was wrong in his criticism of how they play. I don’t want to see teams all play the same way in football, I love that there’s different styles.

“There’s that negativity, your job is to break that down, how Atletico Madrid got that result on that night, how they went about it. This is a team who’ve won La Liga, been to Champions League finals, been very unlucky.

“And to the job he did and the club he turned round there – I think he maybe won the Europa League too a couple of times – he has done an unbelievable job there. Probably one of the best jobs in European football over the past 20 or 30 years, a team that almost had to accept where they were in the food chain behind Real Madrid, not just in Spain but in Europe as well.

“And to really compete and take them on really I think he’s done a special job. The way he manages and the way his team play that’s his way, it’s proved successful, why should he change? And for me it’s great seeing different contrasts when we watch a game of football.”