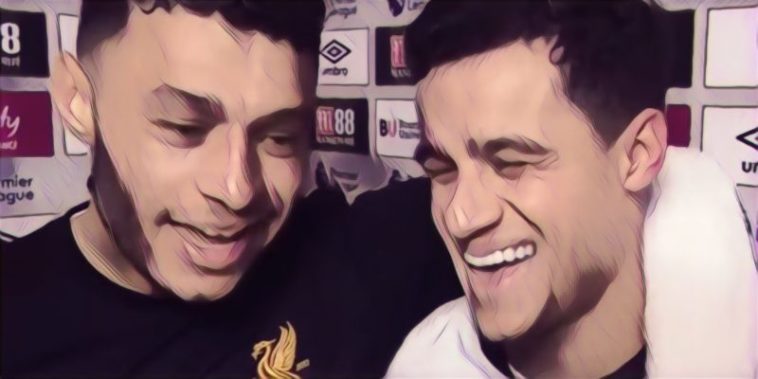 Liverpool continued their superb unbeaten start to their Premier League campaign with an impressive 3-0 win over Watford this weekend.

However, despite collecting 33 points from a possible 39 and sitting just two points behind leaders Man City, some fans and pundits have criticised Liverpool for not producing the kind of swashbuckling attacking football we saw at times last season.

Former Reds defender Carragher reckons that maybe it is time that people accepted that Jurgen Klopp’s side have changed their style of play, although he also suggested that part of the reason why the Anfield outfit are not as free-flowing going forward this season is that they miss Philippe Coutinho and Alex Oxlade Chamberlain.

“It’s interesting because the narrative all season has been about when Liverpool are going to start playing like last season,” Carragher said on Sky Sports Monday Night Football.

“However, it may get to the stage where we ask: are Liverpool maybe slightly different this season?

“Don’t forget there’s no Philippe Coutinho. Alex Oxlade-Chamberlain brought great drive and pace from midfield. The front three were away at the World Cup also.

“You’ve now got Virgil van Dijk and a goalkeeper.

“Is it a little bit more like the Liverpool teams I played in?

“Last season I said this team plays football that our teams never played. But it’s actually now going back a little bit to maybe Benitez and Houllier’s sort of time.

“They probably do play a little bit more football than we did but they can actually rely on the defence to win them a game.”