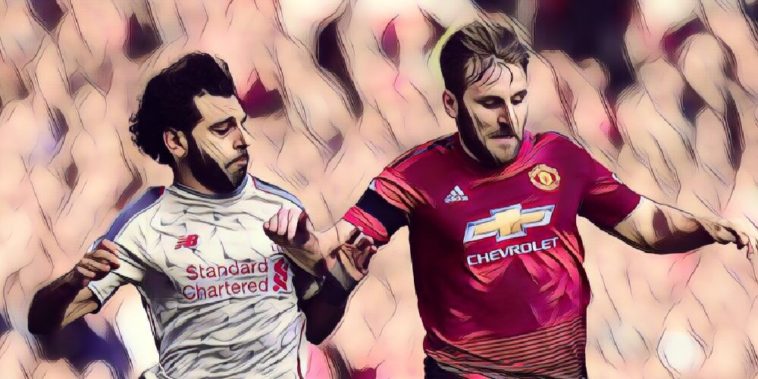 Jamie Carragher has laid down the gauntlet to Liverpool’s attacking trio after they failed to find the net against a weakened Manchester United side at Old Trafford.

Neither Mohamed Salah, Sadio Mane nor Roberto Firmino could fashion any dangerous chances of note against their fierce rivals on Sunday afternoon, with the Brazilian being forced off in the first-half due to injury, while the Egyptian’s 79th minute substitution for Divock Origi was as clear a sign as any that the Reds forward line was blunted by a sturdy back line.

Following on from Liverpool‘s goalless draw against Bayern Munich in the Champions League last week, it was the first time in almost six years that the club have played out consecutive 0-0 draws; on that occasion, the manager was Brendan Rodgers when his side drew to West Ham and Reading.

The recent lack of goal threat from a front three that is normally so proficient at scoring is a worry heading into the final months of the Premier League title race, with the Reds having won just three of their last nine games in all competitions, and the club’s former centre-back Jamie Carragher believes Liverpool need to get more out of their attackers if they are to end their 29-year wait for the title.

“They had them at the other end, with the goalkeeper making the (Jesse) Lingard save. Liverpool’s front three haven’t quite exploded yet this season – they’ll need to if they’re going to win the league.”

Jurgen Klopp’s side returned to the top of the table by the slimmest of margins following their stalemate with Manchester United at Old Trafford, moving one point ahead of Manchester City with 11 games left to play.

Read also: Death, Taxes, and Manchester United vs Liverpool sending us all to sleep