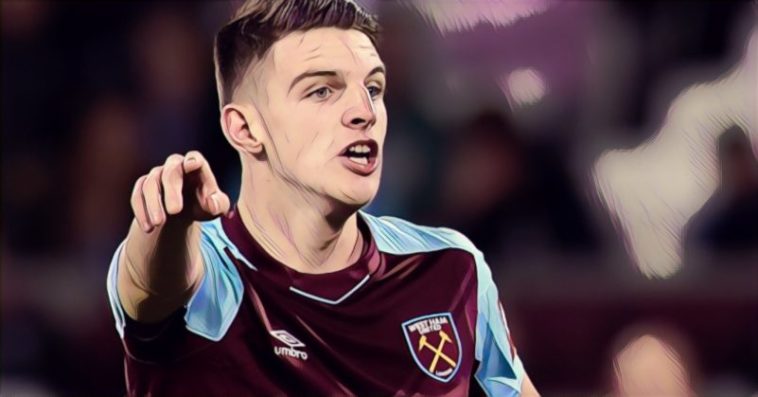 19-year-old Rice, who is a product of the East London club’s famed academy, has received rave reviews for his recent performances for the Hammers, but he came in for some heavy criticism from some West Ham fans during a recent talkSPORT phone-in show for having not yet committed to a long-term contract with his boyhood club.

Carragher, who played his entire Premier League career for his own local club, Liverpool, was so irked by the criticism that he called the phone in show to defend the talented youngster and went on to explain why he feels local players sometimes get treated unfairly.

“I thought it was a bit out of order from some of the callers saying Rice was getting too big for his boots or he’s got to be careful about this or that,” Carragher told talkSPORT.

“But to be honest I look at him and it’s not just Declan Rice, it’s every young player who comes through at a Premier League club or any club always have to be seen to be grateful they’re playing and they can’t just ask for a bit more money.

“If there was a young foreign player signed from abroad there’d be no questions about what they deserve.

“I felt it when I was playing that because I was a local lad at Liverpool I had to be seen to be grateful.

“Local players coming through at their football clubs are definitely treated differently financially.

“This is a lad who could be West Ham’s main man over the next five or six years so I think it’s unfair he gets the criticism for not accepting the first offer he’s given.”