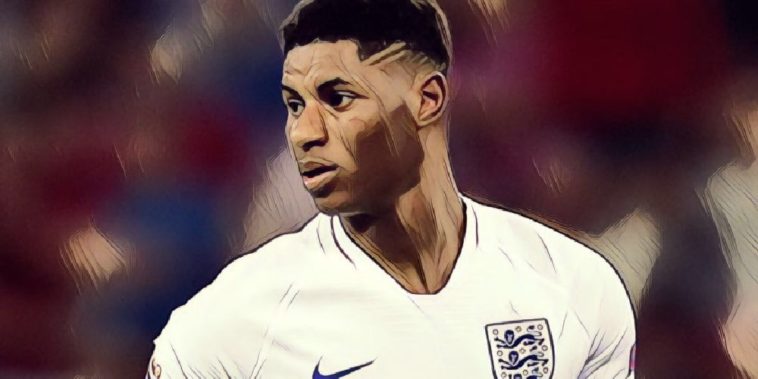 Rashford has shown exactly what he can when given an opportunity to lead the line, scoring both of England’s goals during the international break in their games against Spain and Switzerland.

However, with Romelu Lukaku the undisputed first choice striker at Manchester United, those opportunities to play as a number 9 for his club look set to be limited for the forseeable future, with Jose Mourinho preferring a strong physical presence to lead the line.

With Premier League Record goalscorer Alan Shearer already urging Rashford to move away, former Liverpool defender Jamie Carragher has become the latest to suggest that the 20-year-old may be best served going in search of regular first team football in his preferred position.

“Romelu Lukaku is in front of Rashford and I don’t see Rashford displacing him as long as he is there,” Carragher told Sky Sports.

“But remember when Lukaku was at Chelsea and he had to come away and go to Everton. Then he ended up as top scorer and got his move to Man Utd.

“Possibly Everton is the sort of club you are looking at, just below the top six, for someone like Rashford, similar to what Lukaku did.

“You know you are going to play every week as the centre-forward and you know if you have a couple of games where you don’t score then you are still going to play the next week.

“Last season after they played Brighton away, Mourinho had a little pop at him and Lukaku went straight back into the team. That’s the problem you will always have.

“Does he have to leave United? I think so. Is he good enough to displace Lukaku? Is Rashford good enough to be Manchester United’s centre-forward for them trying to win the Premier League or the Champions League? He may not be.

“It gets to the stage where you want to play every week. Will he be an England regular or be Manchester United’s real centre-forward where you know, when the team is picked every week, that he is in it. Will it ever get to that stage?

“In that position you have got to be world class. Rashford is not world class yet, but he might be at 23 or 24, as Lukaku has done. He looks like one of the best strikers in the world.

“Rashford may have to move away to come back to one of the top teams.”