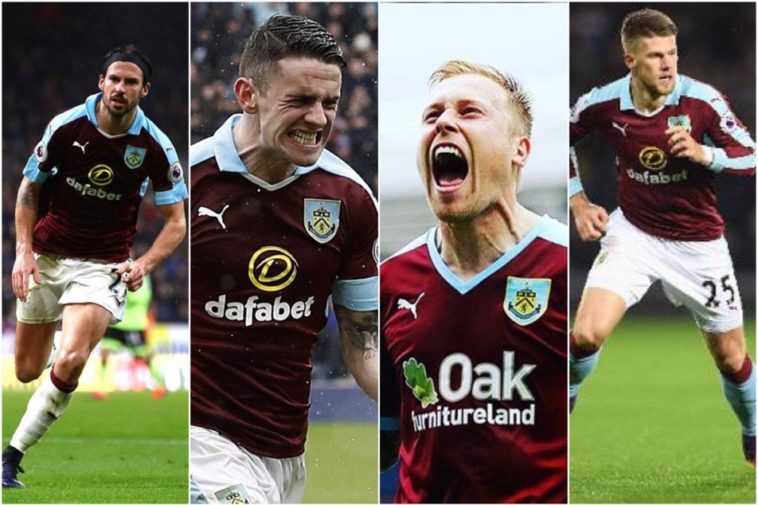 Sean Dyche has a selection dilemma at Burnley at the moment, in deciding who starts on the wings.

Dyche’s 4-4-2 system accommodates two wingers, but with four at his disposal, he faces a tough decision in choosing who plays.

Club record signing, Robbie Brady, Johann Berg Gudmundsson, Scott Arfield and George Boyd are the options Dyche has to choose from, but who should start?

For me, it has to be Gudmundsson on the right and Brady on the left.

Both offer an element of creativity going forward, as well as being prepared to do the defensive work that is required to play for Burnley.

So why those two?

Gudmundsson has been out injured for the majority of the last four months, ever since he picked up an injury in the Manchester City game.

What a lot of people forget about the Icelandic International, is that he was Burnley’s player of the month for November. Gudmundsson had played a huge role in some vital wins over Everton and Crystal Palace, whilst playing his role in snatching a point from Old Trafford.

Number one priority for Dyche over the International break should be to make sure Gudmundsson is fit and firing for the first game back, because he is pivotal in the Clarets side.

On the other wing, it has to be Robbie Brady. Not just because he was a club record signing, but because he offers more than the two wingers who will be sat in reserve.

Brady hasn’t exactly set the world alight since his January move, but he needs time to adapt and he will only get that by getting regular game time.

His sumptuous free kick against Chelsea gave us a glimpse of the quality he possesses and if he plays more often, that will no doubt be on show a lot more frequently.

Brady is still adapting to the way Burnley play and Sean Dyche does demand a lot more of his wingers than any other manager in the league.

Why do Arfield and Boyd miss out?

Quite simply, they just don’t have the necessary quality to carve open a defence that the other two do have.

Boyd shouldn’t be starting at Sunderland on Saturday for me. He has been at fault for three of the last four goals Burnley have conceded, which has ultimately cost them crucial points.

Arfield is slightly different to Boyd. Defensively he is switched on, but some of the things he does during games leaves Burnley fans baffled. Fouls he gives away and some of his passing is very poor and those are the two main reasons why he should miss out.