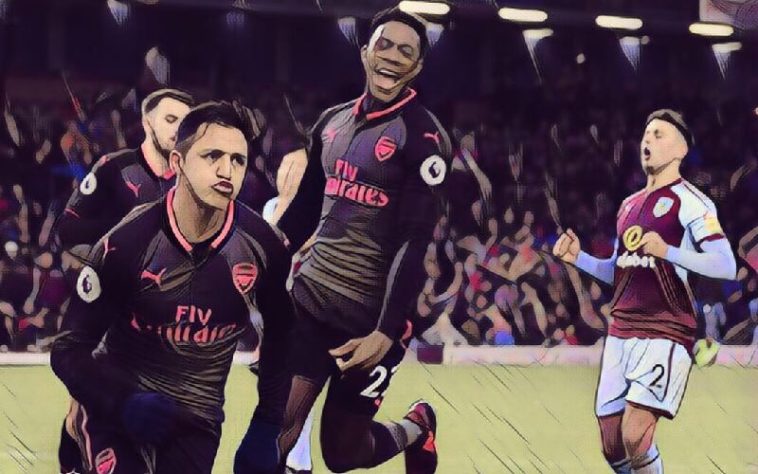 Arsenal defeated Burnley with a late winner for the third consecutive game between the two sides as they moved into the top four. Here are five things we learned.

Cech keeps Arsenal in the game

Burnley started the game well and caused Arsenal problems with the chances they were creating. Johann Berg Gudmundsson’s powerful strike was saved by Petr Cech from close range. The Clarets continued to pressure Arsenal and Robbie Brady’s free-kick in a dangerous area forced Cech into a diving save. In the first half, it was more or less Petr Cech against Burnley. Cech has now kept six clean sheets this season.

For the third consecutive game, Arsenal have defeated Burnley thanks to a 90th-minute winner. Sanchez had not had the best game but he kept his composure in dramatic circumstances to give Arsenal all three points. Burnley have not won a league game against Arsenal since 1974 and the wait goes on.

Had it not been for a 90th-minute winner, Burnley would have kept their fourth consecutive clean sheet and it would have been fully deserved. Sean Dyche’s side frustrated Arsenal and allowed them just two shots on target in the whole game. Seven of Arsenal’s efforts on goal were blocked thanks to Burnley’s compact defending. Despite the defeat, Burnley’s defence was impressive once again against a side of high quality.

The Gunners capitalise on their rivals dropping points

Arsenal’s rivals Liverpool, Chelsea and Tottenham Hotspur dropped points at the weekend. All Arsenal had to do was win and go into the top four and that’s exactly what they did. For once, Arsenal won when their rivals didn’t. After winning the North London Derby, Arsene Wenger’s side did well to keep the momentum going.

With England boss Gareth Southgate watching in the stands, James Tarkowski and fellow defender Ben Mee put in excellent performances. Tarkowski made eight clearances, five interceptions and three tackles. This was not bettered by any player on the pitch, but unfortunately, Tarkowski’s push on Aaron Ramsey for which Arsenal were awarded a penalty, was his final contribution in a game where he had played so well.