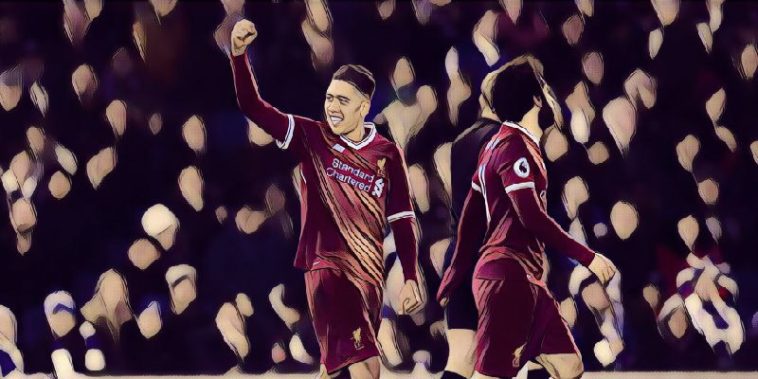 Liverpool continued their recent fine form with a comfortable win over Brighton despite heavy rotation. Here are five things we learned.

Liverpool’s fruitless endeavour to land Southampton’s van Dijk resulted in the Reds failing to sign a centre back last summer. That debacle could have come back to haunt Liverpool after they were left with one fit centre back to play against Brighton.

With only Lovren fit, Klopp opted for three at the back made up of Can, Lovren and Wijnaldum. Despite the makeshift defence Liverpool performed adequately at the back. Wijnaldum looked uncomfortable in defence but Can slotted in seamlessly.

Liverpool will be hoping that Matip, Klavan and Gomez are back quickly. However, if anything they have learnt that the lack of depth in defence isn’t a big issue should they be dealt with injury problems again.

Glen Murray has performed reasonably well for Brighton this season. However, in games such as this it becomes evident that Brighton need more competition up front.

Despite having Hemed on the bench, you never felt that he was the sort of player that could come on to give Murray more support. To make matters worse he probably doesn’t offer much competition for Murray either.

Brighton were crying out for a pacy striker that would unsettle the makeshift Liverpool defence. Whilst Murray made life difficult for Liverpool he didn’t have enough to turn that in to goals from open play.

Philippe Coutinho hasn’t hit the heights of previous season yet. In the match against Brighton though he reminded everybody of the quality he has.

With a goal and two assists this was likely Coutinho’s best performance so far this season. He also had a shot deflected off Dunk and go in at the end of the game to round off his performance.

Some of Coutinho’s performances may have been overshadowed by Salah’s brilliance but it was all about the Brazilian against Brighton. The only downside for Liverpool is that it may reignite the attention of Barcelona.

On the other hand, this was another example of Coutinho’s inconsistency. The Brazilian had been fairly anonymous in the last few games but was exceptional against Brighton. To reach the same level as players like Neymar, Hazard and De Bruyne performances like this need to be more consistent.

Before the game Chris Hughton stated that his Brighton team had to make sure they didn’t put themselves in a position where they needed to take risks because it could make things much worse for them.

Sadly, for Brighton his fears came true. With the game at 2-0 Brighton started to take more risks which brought them some fortune temporarily. However, after Brighton’s risk taking got them a goal that fired up Liverpool and eventually Liverpool went on to get five goals.

From Chris Hughton’s perspective he may not have learnt much from the game with his prediction coming true. However, he should have learnt that they need to work on their game management to ensure that a repeat of this performance doesn’t happen again.

Jürgen Klopp opted for an unusual formation with so many changes being forced. Emre Can and Gini Wijnaldum were part of a back three but were allowed a license to go in to midfield which helped break down the Brighton defence. That meant that Dejan Lovren operated in a sweeper role – something which is a rare sight in England.

Usually when playing a midfield two with a back three, it is expected that the midfield play a pivot. However, unusually Klopp decided to keep Henderson as a number six and played Milner ahead of him.

The end result was that Liverpool dominated the midfield and were able to feed in Firmino, Coutinho and Salah when the opportunities arose. It also shows that Klopp has finally learnt how to break down deep lying defences which he struggled with last season.