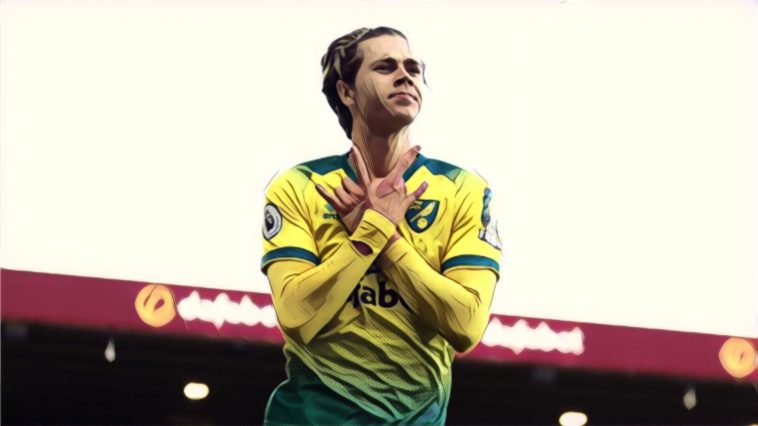 Dean Smith was one of Todd Cantwell’s biggest suitors when he was the manager of Aston Villa and the club even considered at one stage making a bid in the region of £35 million for him. In the end, it didn’t happen for one reason or another but Smith would get his man eventually, albeit in a different way as he became manager of Norwich City in November 2021.

It seemed to be a match made in heaven when you consider how highly the former Aston Villa boss rated Cantwell but just two and a half months later of working together, Smith sanctioned a move for Cantwell to join Bournemouth on loan until the end of the season.

It has been a staggering turn of events given that Newcastle had been eyeing up a move for the midfielder at one stage and so had Leeds. But instead of a lucrative Premier League contract, Cantwell ended up in the second tier of English football. Granted, he may not be there for long as the latest Championship football odds price the Cherries as odds-on for promotion at 4/9 but even so, it is a move that does ring an alarm bell or two.

Indeed, for all intents and purposes, Cantwell should be playing for a top-half Premier League club but his development has dramatically stalled over the last 12 months. The worry is that this stall will turn into a nosedive if the 23-year-old is unable to take control of his destiny during his loan spell with Scott Parker’s Bournemouth. The stakes, you see, are raised to a worrying level when a player has fallen out with two consecutive managers as it becomes a case of people looking for a common denominator in the hope of establishing why this keeps happening.

Bournemouth have been tipped to get the best out of Todd Cantwell who’s fallen out of favour at Norwich@BobRutler from @BBCNorfolk told us what we can expect from Cantwell 🔊👇 #afcb 🍒 pic.twitter.com/9yPisfuufW

The accepted logic in football is that it is the player’s fault when multiple managers discover the same underlying issues. As we know, before Smith, it was Daniel Farke who was the first to question Cantwell’s attitude before the German was sacked in late 2021. In fact, Farke and Cantwell fell out to the extraordinary degree that the 45-year-old addressed the Norwich players to say goodbye without Cantwell being present after the midfielder was told of the development in a separate part of the club’s training complex. In other words, Farke asked for Cantwell to be made scarce whilst he bid the club adieu.

That gives us the impression that it can get quite personal with Cantwell when it goes wrong and as briefly alluded to, the extent of how badly the relationships sour does raise a few red flags.

Wishing Todd Cantwell all the very best at Bournemouth.

I really hope he gets his career back on track & reaches the heights he’s truly capable of.

With that being said, perhaps the time had come for the 23-year-old to discover a change of scene in order to find himself and more importantly, his best form again. In this sense, you would have to say that there are few better teams to join than a Premier league chasing one given how much incentive there is to perform, but for Todd Cantwell, he has no other option but to deliver or else face an uncertain future.