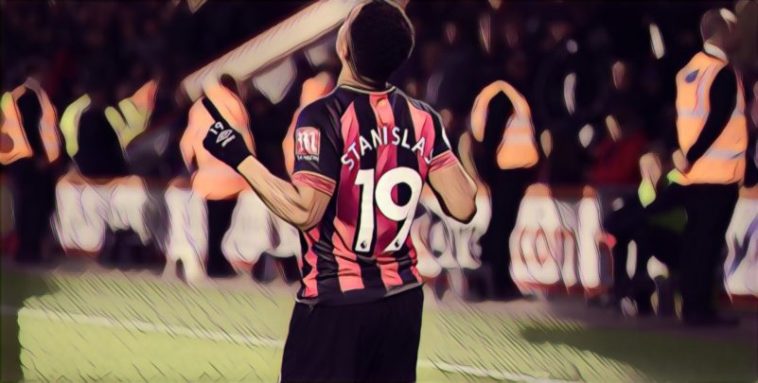 The Cherries flew out of the traps and took the lead in the fifth minute when summer signing David Brooks struck a fine curling strike in off the underside of the cross bar from the edge of the box.

However, Roy Hodgson’s Eagles emerged a different side at the start of the second period and equalised within 10 minutes of the restart when left-back Patrick Van Aanholt smashed home a thumping drive from 12 yards out.

Both teams continued to push hard for a winner, but the game would be decided in controversial fashion when in the 87th minute Palace defender elbowed Cherries midfielder Jefferson Lerma in the face inside the area and substitute Junior Stanislas stood up and slotted in the spot kick for the home side.

Speaking after the game Bournemouth defender Nathan Ake was full of praise for his side who not for the first time this season struck with a late winner.

“The fist half we started really well and got the goal. After that we couldn’t play out any more, they put pressure on us.’’ Ake told Sky Sports.

“After 20 minutes in the second half we got control.

Why so many late goals? “We work very hard in training so we are very fit but there’s also the mentality we are never beaten.

“Before the penalty there was some pushing, the referee said ‘no more’. I didn’t see if there was contact or not.”