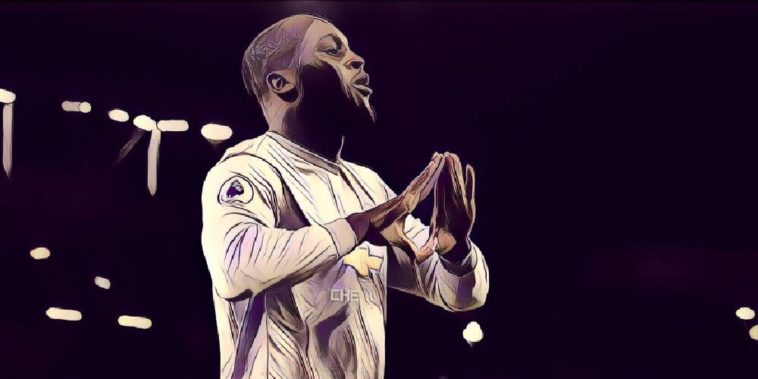 Manchester United got back to winning ways with a comfortable 2-0 win over Bournemouth at the Vitality stadium.

With one eye on the FA Cup semi-final, Jose Mourinho named a heavily rotated squad, but goals from Chris Smalling and Romelu Lukaku were enough to earn the three points. Here are five things we learned:

Pogba shows what he CAN do

After his man of the match performance against Manchester City, Paul Pogba regressed against West Brom, and once again saw questions raised about his future.

After the game, Jose Mourinho told reporters that he had asked the £89 million midfielder for one thing. Consistency.

Well he got what he wanted, with the Frenchman playing an excellent assist for a Romelu Lukaku. As one guy on twitter said: “Pogba played for the team tonight, and not just for himself” – and he was right. An unselfish, no frills, economical performance.

With suggestions he could be dropped for the semi on Saturday, it looks like he has done enough to earn a place in the starting XI.

Much has been made of Alexis Sanchez since his arrival at Old Trafford, and having watched United in almost every game this season, I’ve long thought that they have looked worse since the Chilean’s arrival.

Well with Anthony Martial and Marcus Rashford taking turns to operate down the left, won’t the other going through the middle, both players did well and staked their claim for Saturday’s FA cup semi-final squad.

Will Jose keep Sanchez on the bench for the game against Spurs? Probably not!

Jose Mourinho made no fewer than seven changes for Wednesday night’s game, with only David de Gea, Chris Smalling, Ander Herrera and Paul Pogba surviving from the weekend’s game.

While Jose has made it clear he wants to finish second, he is also a serial trophy collector, and will always prioritise a winning a trophy over League position (when the title can not be won).

From the variety of changes and the performances put in by their replacements, it’s clear that Antonio Valencia, Ashley Young, Nemanja Matic and Romelu Lukaku’s names are already etched on the team sheet for the FA Cup semi-final on Saturday afternoon.

While Alexis Sanchez also missed out against Bournemouth, the performances of Rashford and Martial respectively could see either player make the starting lineup against Spurs.

Bournemouth are safe, and deservedly so

While Bournemouth aren’t mathematically safe, they almost are – and certainly deserve to be in the Premier League for a third successive season.

They were not afraid against the second best side in the league, with Eddie Howe going back a few decades and going with an adventurous 4-4-2. In the end they were overrun in midfield by Herrera, Pogba and Fellaini, but it was a spirited performance by the Cherries.

On another day they would have been awarded a penalty had the referee seen Luke Shaw’s pull on Callum Wilson inside the six yard box.

Speaking of Wilson, he and United academy graduate Josh King were excellent once again going forward, taking every opportunity to run at Smalling and Jones in the Man Utd defence.

We look forward to seeing them in the top flight next season.

United keep it simple and remember to use the wings

Jose Mourinho complained at the weekend that his side over complicated things against West Brom. Well whatever he has said in the last few days certainly had the appropriate effect, with his heavily rotated side keeping things simple throughout.

United also tried to force the issue through the middle of the pitch against the Baggies. But against Bournemouth, United remembered the art of wing play.

As mentioned above, Anthony Martial put in a good performance from his base on the left of midfield, while Jesse Lingard stretched the play on the right, before Marcus Rashford was moved out there after Lingard’s exit.

In fact the opening goal was made by a nice run from Lingard from his wide position, into the box, where he played a good ball along the six yard box for Smalling to tap in.