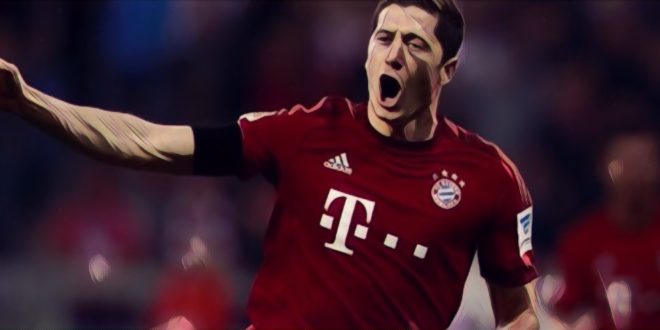 The return of the Champions League is now just weeks away, as Europe’s elite prepare to begin their knock-out stage campaigns in the Round of 16 next month.

The Premier League’s representative quartet have all successfully navigated their respective passages to the last-16, but each face a difficult task in progressing further after being handed difficult looking ties.

Ahead of the return of Europe’s premier competition, we’ve decided to look at how the bookmaker’s view the standings – including the players they are backing to finish as the tournament’s leading goalscorer.

So for those of you interested in bitcoincasino.io, here are the five favourites to finish as the Champions League top scorer this season…

The Parisian side will be hoping to make their mark on European competition this season after some poor showings in recent years, the club’s dominance at domestic level yet to be transferred onto the Champions League stage.

With the likes of Neymar and Mauro Icardi amongst their ranks, Thomas Tuchel’s side certainly possess the firepower to make an impression, though it is Kylian Mbappe who remains undoubtedly the jewel in their crown.

The France international is regarded as the best young talent in world football and has enjoyed a prolific start to the season so far despite injury problems, scoring 21 goals in all competitions including five goals in just three Champions League starts.

PSG will hope to go deep into the tournament and Mbappe will be key to their hopes, so his odds of 25/1 could be tempting for anyone considering an outside bet – the 21-year-old possessing the talent to make up the ground on the current leading scorers.

Despite Red Bull Salzburg’s group stage elimination, Erling Haaland will have a chance to continue making an impression on Europe’s biggest stage this season after Borussia Dortmund won the race for the in-demand star this month.

The Norwegian forward has emerged as one of the stars of the campaign following a stunning breakthrough with the Austrian side, scoring a hat-trick on his Champions League debut against Genk before adding a further five group stage goals to take his tally to eight – becoming the first teenager to score in five consecutive matches in the competition.

After deciding a move to the Bundesliga was best for his development, the 19-year-old wasted no time in making an impression at Dortmund, coming off the bench to score a hat-trick on his debut against Augsburg.

Playing in tandem with Dortmund captain Marco Reus and England international Jadon Sancho, Lucien Favre’s side will prove a formidable opponent in the knock-out stages as Haaland looks to add to his impressive haul.

The 1997 winners meet the aforementioned Paris Saint-Germain in the last-16, in what looks likely to be one of the ties of the round.

Could this be the season that Manchester City win the Champions League?

Like PSG, the Premier League champions are yet to make their impression on the latter stages of the tournament despite huge investment, but as their league campaign falters could their attentions now firmly switch to Europe’s biggest prize?

Pep Guardiola’s side breezed through a straightforward group containing Shakhtar Donetsk, Dinamo Zagreb and tournament debutants Atalanta, though their reward for topping Group C was a date with record winners Real Madrid in the last-16.

The Spanish giants may not quite be the force that won four of the past six editions, but City will still need to be at their very best to progress at the expense of their illustrious opponents.

Key to the club’s hopes will be Raheem Sterling, the 24-year-old having starred for the club so far this season, scoring 20 goals in all competitions including five in the Champions League group stages.

The England international’s form may have dipped of late but he remains a talismanic figure for the club, and fewer players will be more influential to City’s hopes of a maiden success this season.

The Barcelona superstar finished as the tournament’s top scorer last season, one of five times that Messi has been the most prolific goalscorer in a single Champions League season.

Only Cristiano Ronaldo has scored more than Messi’s 114 goals in the tournament, the Argentine likely to once again figure near the top of the goalscoring standings as Barcelona look to exorcise the demons of last season’s semi-final capitulation to Liverpool.

The Spanish giants have endured some harrowing moments in the competition in recent years and will be seeking to reach a first final since 2015 this time around, with new manager Quique Setién needing to establish his style ahead of their last-16 meeting with Napoli next month.

Central to those tactics will be Messi, the record six-times and reigning Ballon d’Or winner still the finest talent in world football.

The 32-year-old has had a quiet campaign in Europe by his standards thus far with just two goals, but few would bet against him elevating his game to unprecedented levels once more as the Catalan side seek a sixth Champions League title this season.

Can anyone stop Lewandowski?

The odds would certainly suggest it would take a superhuman effort.

The Bayern Munich man has been amongst the finest forwards in world football for some time, but at 31-years-old seems to have elevated his game to new heights.

Lewandowki’s numbers this season make for remarkable reading, the prolific Pole having scored 32 goals in just 25 appearances in all competitions for the Bundesliga champions so far this season.

10 of those goals came in just five appearances during the Champions League group stages, Lewandowski now the fifth-highest goalscorer in the competitions history after netting 63 times over spells with Bayern and former club Borussia Dortmund.

Bayern currently sit as fourth favourites to lift the trophy in Istanbul later this year, and possessing the tournament’s most prolific goalscorer amongst their ranks will only increase their hopes of conquering Europe once more.