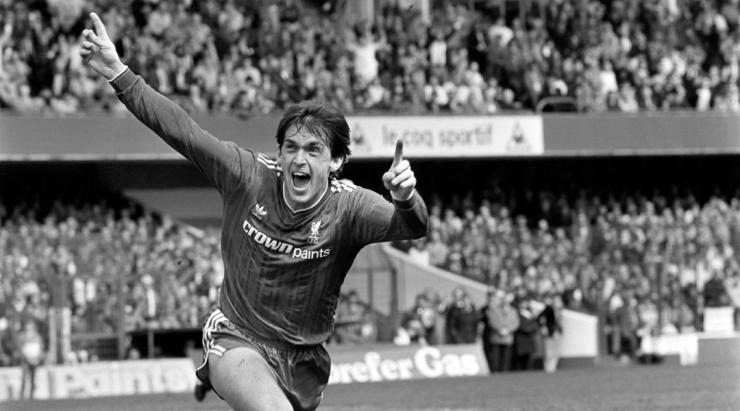 Everyone has their favourite player and opinions of their actual worth to their club, but who would you say was the best player to add the most value to your own club?

This can be based on many things – transfer fee, earnings, entertainment value, sell on fee, trophies won, and so on.

But, at the end of the day every football fan will (and does) have a favourite player, and whilst opinions will differ everyone can justify their own choice if asked the question “who is your best value for money transfer ever” and that is the beauty about football.

My answer to this question I think is pretty obvious.  As a Liverpool fan from a certain era I cannot think of anybody else who has brought so much to Liverpool and for just £440,000.

Kenny Dalglish – The best value for money transfer ever.

At the end of the 1976/1977 season Liverpool had been crowned League Champions and had won their first European Cup with a 3-1 victory over Borussia Mönchengladbach in the final in Rome. Then Kevin Keegan, who was a favourite of the Kop, decided he wanted to leave. He was transferred to Hamburg leaving Liverpool with a massive hole to fill.

Bob Paisley had his eyes on a replacement and after many meetings with Jock Stein, it was agreed in August 1977 that Celtic’s hero Kenny Dalglish would move to Liverpool for a fee of £440k. It was a club record for Liverpool.

Dalglish didn’t waste any time opening his goal scoring account for Liverpool. He scored on his league debut just seven minutes into 1-1 draw with Middlesbrough at Ayresome Park. He scored again on his Anfield debut a few days later in the 2-0 win over Newcastle.

Regular comparisons were made between Dalglish and Keegan, and arguments over who was the better player, but in reality the two were incomparable. Both were very different types of players. Keegan was fast and had a physical presence, whereas Dalglish was more skilful on the ball, and had a better football brain.

At the end of his first season Dalglish had scored many great goals, and won the hearts of the fans along the way. The season ended with a 1-0 victory over Brugge in the European Cup Final at Wembley where Dalglish scored the only goal of the game with the cheekiest of chips over the goalkeeper. And who can forget Dalglish`s memorable celebrations where he ran to the fans jumping over the advertising hoarding with his hands held high. “King Kenny” had arrived!

This was the start of a new successful era for Liverpool, and Dalglish played a huge part in Liverpool achieving unrivalled success both as a player and Manager. He became player/manager in the 1985/86 season. In just his first season as player/manager Liverpool won the League and FA Cup double, with Dalglish scoring the winning goal in the last game of the season, a 1-0 away victory at Stamford Bridge to win the League. Then at Wembley Liverpool beat City rivals Everton 3-1 to win the FA Cup, not a bad start to a Managerial career.

During his time at Liverpool, Dalglish won 8 League titles, 2 FA Cups, 4 League Cups, 3 European Cups, 1 UEFA Cup, plus 3 Manager of the Year awards as Liverpool dominated football during this period. Dalglish was also awarded an MBE in 1984.

Kenny Dalglish’s value to Liverpool has been massive and un-measurable over the years as player, manager and ambassador. His role following the Hillsborough disaster was impeccable the way he supported the families and managed his players and staff at the club.

Despite it being a lot of money in those days, the £440k transfer fee now looks an absolute bargain, and perhaps the ‘steal of the century’.

We hope you enjoyed this and we would love to hear and share your views. Who in your view is “The best value for money transfer ever?”

Who would your clubs best value for money transfer ever be, and why? Leave a comment below or send it us on twitter