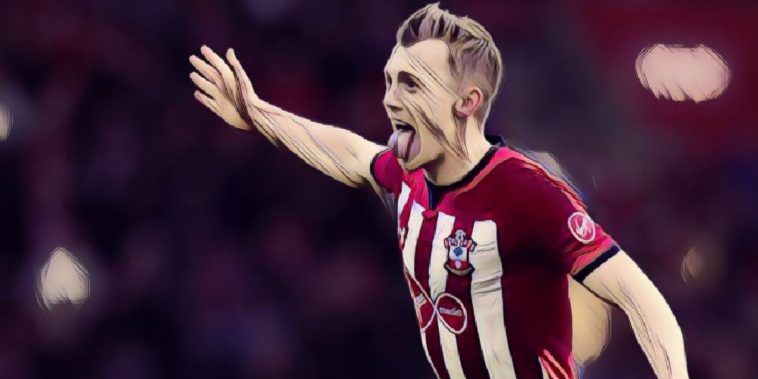 We take a look at some of the stand out stats from the latest round of Premier League action.

David de Gea is widely regarded as one of the best goalkeepers in the world, and rightly so, with his performances at the Emirates last season being just one of the many examples as to why.

However, on Sunday afternoon at the same venue, the Manchester United number 1 had a day to forget, and despite being offered some sympathy from the unlikely source of Jamie Carragher, he inexplicably allowed a speculative Granit Xhaka effort to sail into the net with the Spaniard being caught totally wrong-footed.

Arsenal‘s second-half penalty was comfortably tucked away by Pierre-Emerick Aubameyang to send the Gunners into fourth, and it was the fifth penalty that de Gea had conceded this season (v Brighton, Everton, Fulham, Cardiff and now Arsenal).

In fact, the 28-year-old has only ever saved five of the 31 penalties he has faced during his time at Old Trafford, with the last save being almost three years ago (April 2016) when he kept out Romelu Lukaku’s FA Cup semi-final spot-kick, and his run in the Premier League stretches back even further…

David de Gea has now conceded from each of the last 13 penalties he has faced in the Premier League:

He last saved one in October 2014. pic.twitter.com/WaIYVb0n0P

Watford boss Javi Gracia sprung a surprise on Saturday afternoon when he left out both Troy Deeney and Gerard Deulofeu from his starting lineup for the game against league leaders Man City.

The Hornets held out well in the first 45 minutes, before a quickfire second-half hat-trick from Raheem Sterling secured all three points for the Citizens before the hour mark.

Gracia eventually turned to his regular strike pairing in the 66th minute, and former Barcelona and Everton forward Deulofeu wasted no time in leaving his mark on the game to score his seventh goal of the season, although it was nothing more than a consolation…

17 – Gerard Deulofeu's goal 17 seconds after coming on was the quickest by a substitute in the Premier League since October 2014, when Sammy Ameobi scored after eight seconds for Newcastle (v Spurs). Swift. pic.twitter.com/aN6sXvUClN

He may have been born down the road in Portsmouth, but it’s safe to say that James Ward-Prowse is the toast of Southampton at the moment, with the midfielder netting his second sublime free-kick in the space of a week to leave Tottenham Hotspur looking nervously over their shoulders at the unfolding battle to finish in the top four.

Having banged in in superb curling free-kick at Old Trafford last weekend, Ward-Prowse was at it again just one week later, as he helped the Saints to a much-needed 2-1 win over Spurs.

The 24-year-old’s 81st-minute strike was only his 16th Premier League goal of his career, scoring 10 in his first 176 appearances, before smashing in six in his last nine.

In fact, his six-goal return under the Austrian is the best he has ever produced under any manager. Is an England recall on the cards?

After years of doom and gloom, Newcastle fans have finally had something to cheer about in recent months.

Not only did the Toon Army see Mike Ashley blow the dust off his wallet back in January to finally smash the clubs transfer record, but they are finally being able to watch their side play some winning football as the threat of relegation seemingly diminishes with each passing week.

The Magpies 3-2 win over Everton on Saturday meant that they have now won five consecutive home games at St James Park for the first time since 2006, a run which spanned two seasons, but it was also the first time they had come from two goals behind to win a game in well over 15 years when the great Sir Bobby Robson was in charge.

It’s been a while, but is St James’ finally becoming a fortress once again?

Home is where the heart is for Hazard

It isn’t a massive secret that Eden Hazard is Chelsea’s best player, with the Belgian scoring 82 goals in his 236 appearances for the Blues, although there is one stat about his goals that is even more impressive…

In all the Premier League games in which Hazard has scored at Stamford Bridge, Chelsea haven’t lost any, a run which was extended to 40 games this weekend when his sensational 92nd-minute strike rescued a point for the Blues.

He also became only the third Chelsea player ever to score 50 Premier League goals at home, joining the esteemed company of Frank Lampard and Didier Drogba.

The Blues simply must keep him out of Real Madrid’s clutches this summer…although a call from the recently reappointed Monsieur Zidane could be too powerful for him to resist.

Chelsea have never lost a Premier League game at Stamford Bridge in which Eden Hazard has scored:

The Garden of Eden. ? pic.twitter.com/27rdln7gq4