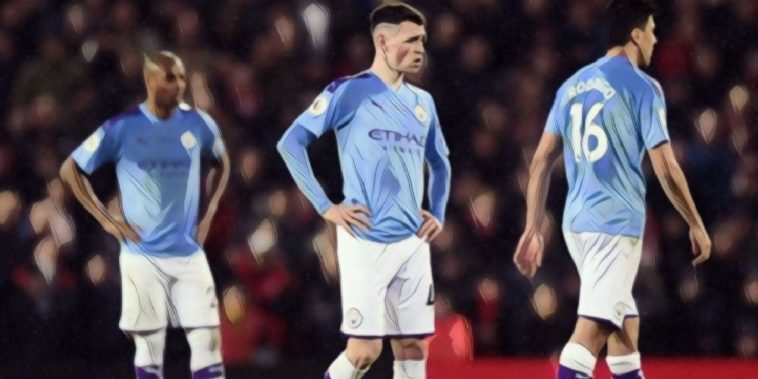 In typical Pep Guardiola fashion, Manchester City would dominate proceedings, though the reigning Premier League champions would be unable to break down a resolute Manchester United backline.

Man City – who were without instrumental playmakers David Silva and Kevin de Bruyne – struggled to create chances against Ole Gunnar Solskjaer’s side, who, with five at the back and three in midfield, were content with sitting back and hitting the Citizens on the break.

Anthony Martial would open the scoring for the Red Devils, the Frenchman’s strike squirming through the hands of goalkeeper Ederson in the first half, before Scott McTominay would seal the victory with virtually the last kick of the game, the Scotland international pouncing on a loose throw out by the Brazilian ‘keeper to stroke the ball into an empty net from all of 40 yards.

“It was a bad game for us. Not acceptable. We didn’t start badly and were playing quite well until we conceded,” Silva told Sky Sports.

“We know how good the Manchester United players are on the counter-attack, very aggressive. So our performance was not acceptable.

“We will have to watch the game back and listen to what Pep has to say. But a team like ours cannot lose this many games. We need to check what’s not going right and try not to make so many mistakes.”

The result leaves City second in the league, 25 points behind Liverpool with a game in hand, the Merseyside outfit now needing just two victories to seal an elusive Premier League title.

See also – Moments that made the Premier League: Sky Sports blow them out of the water to usher in new era