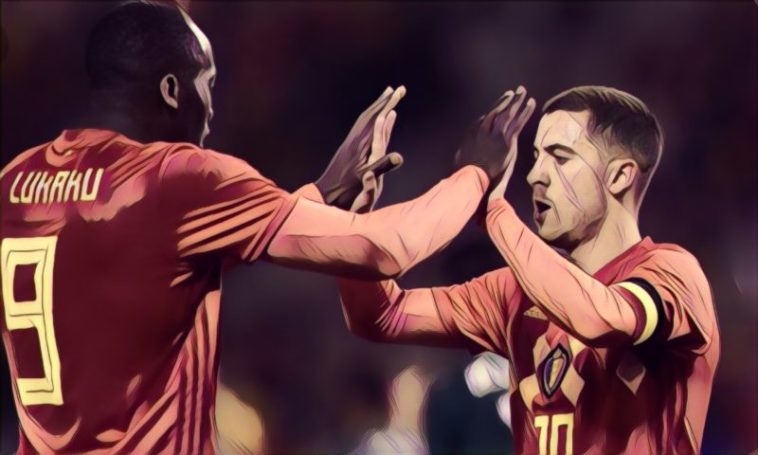 Belgium captain Eden Hazard has been singing the praise of his international team-mate Romelu Lukaku, and has claimed that the striker is now amongst the top players in the World.

Lukaku has scored four goals in two appearances so far at the World Cup, although Hazard has seemed critical of the strikers link up play after Belgiums first game a 3-0 victory over Panama.

However, the Chelsea star quickly moved to explain that he was simply performing his duty as captain of Roberto Martinez’s side to ask the Manchester United striker to do more work for the team, and he has now been praising his Country’s record goalscorer for his lethal finishing ability:

“We are very lucky to have Lukaku with us because he doesn’t need much to score,” Hazard said ahead of Belgiums last 16 tie against Japan.

“Maybe a few years ago he needed more but not now. This is why he is one of the top, top players. If he has three scoring opportunities, he scores two goals most of the time. His defensive work is very good as well now.”

If Belgium beat Japan today they will set up a mouthwatering quarter-final tie against Brazil or Mexico.