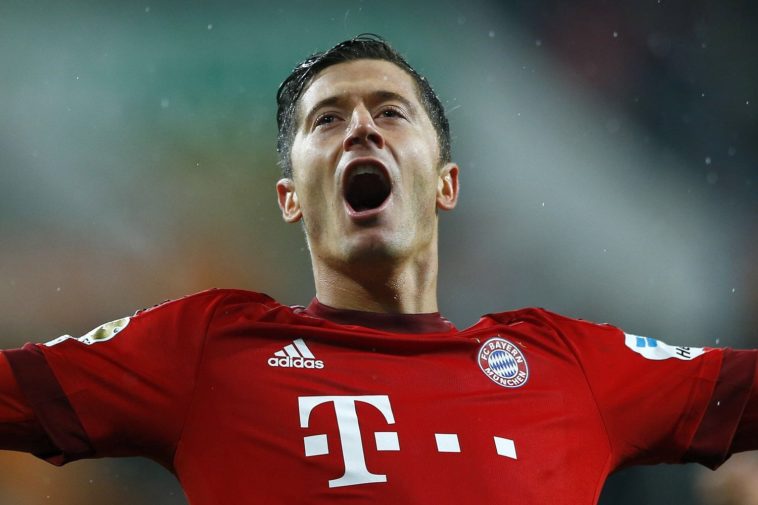 Robert Lewandowski is unsettled at Bayern Munich and Chelsea have made a serious inquiry according to reports.

The Mirror claim that Chelsea have launched a bid for Lewandowski as they look for a replacement for the seemingly departing Diego Costa.

Lewandowski was critical of his team mates and manager Carlo Ancelotti after he failed to win the Golden Boot. The Polish international told the Polish Super-Express:

“I was not really happy with how my team helped me. I was annoyed and disappointed with the team’s attitude.”

“Robert told me that he got no support and that the coach gave no call to help him win the top-scorer title in the last game. He was disappointed as I have ever seen him before.”

The Bayern Munich striker scored 30 Bundesliga goals last season but missed out on the last day to Borussia Dortmund’s Pierre-Emerick Aubameyang by a single goal.

Just like Costa, Lewandowski is 28 so would not be a cheap option but he might still be available for significantly less than Romelu Lukaku, for example. The fact that he has been public about his disappointment could work in Chelsea’s favour.

Chelsea, who are back in the Champions League next season, would benefit from signing Lewandowski whose Bayern record of 77 goals in 96 Bundesliga games is extremely impressive.

Manchester United are also reportedly keen on Lewandowski and held talks with his representatives this week but he would prefer a move to London.