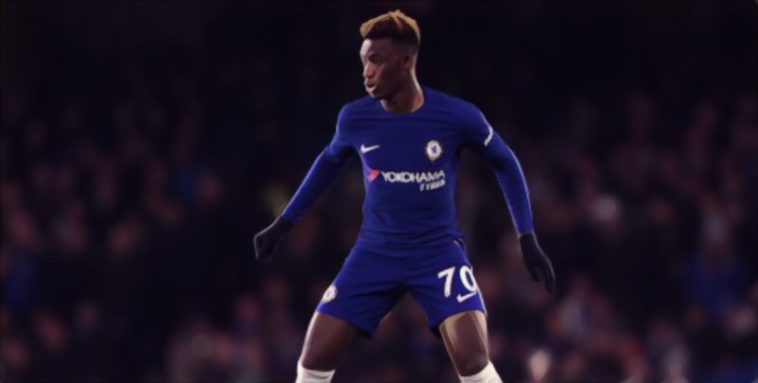 The German champions have been incessantly linked with the Chelsea youth graduate for a while now, and according to Sky Sports, have increased their offer to £35 million for the 18-year-old.

Chelsea and Maurizio Sarri have no interest in letting Hudson-Odoi leave, and understandably so. The youngster made only his 11th senior appearance for the Blues against Nottingham Forest in the FA Cup, in which he provided two assists for Alvaro Morata in a 2-0 win.

Bayern have previously made offers of £13.5 million, £20 million and £30 million, with all 3 being rejected. They are even reportedly willing to offer Hudson-Odoi their number 10 shirt, which will be vacated by Arjen Robben when he leaves in the summer.

The incredible success of Borussia Dortmund’s Jadon Sancho, who left Manchester City in the summer of 2017 for £8 million, is believed to be a big factor in Bayern’s intense pursuit.

Dortmund’s number 7 has enjoyed a breakthrough campaign at the Signal Iduna Park, registering 6 goals and 7 assists in just 10 Bundesliga starts. He even earned himself his first senior cap for England in a 0-0 draw with Croatia in the UEFA Nations League.

Interestingly, Sancho’s performances this season have led to Christian Pulisic being left out in the cold by Dortmund coach Lucien Favre. The American international sealed a £58 million move to Chelsea earlier this month, in search of more game time.

However, Pulisic will only link up with Sarri and his squad in the summer, having been loaned back to Dortmund till then, so the 20-year-old will not be able to solve Chelsea’s immediate injury problems.

Willian, Pedro and Giroud missed the FA Cup tie last weekend, and all three could also be unavailable for the Carabao Cup semifinal against Tottenham. Sarri desperately needs options out wide, and will try his best to hold on to Hudson-Odoi.

The incredible amount of money Bayern are willing to splash out on a player who has been untested in the Premier League only goes to show how inflated player valuations have become in the last couple of seasons.

While Hudson-Odoi undoubtedly has incredible potential, it’s still too early to predict how his career will turn out. Bayern though will be hopeful that can unearth their ideal heir to Robben.