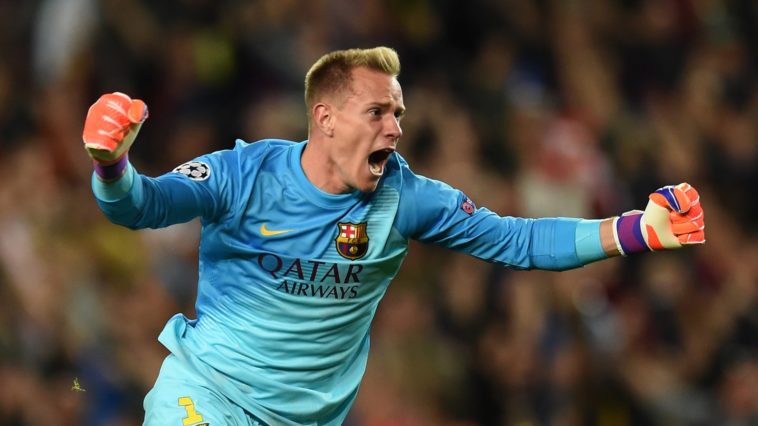 In an attempt to ward off interest from Manchester City this summer, Barcelona have slapped a HUGE price tag on the head of German goalkeeper Marc-André Ter Stegen.

Bosses at Barcelona want Ter Stegen to challenge current number 1 Claudio Bravo for the spot in the starting XI on a regular basis, and see him as a long term option for the clubs goalkeeping department, and have told Manchester City that if they want to sign him, then they must cough up a staggering €80MILLION.

Converted into British Pounds, that would mean Manchester City would need to shell out a World Recird fee for a goalkeeper, a whopping £67million, £25million more than the current world record that was set 15 years ago when Gianluigi Buffon moved to Juventus.

Ever since Pep Guardiola’s arrival at Manchester City was announced over six months ago, speculation has surrounded Joe Harts future at the club, as the Spanish manager is keen to have a ball playing goalkeeper between the sticks, whilst Hart’s performances for England at Euro 2016 will have done nothing to help his claim to stay.

Whether Guardiola will splash the cash to bring Ter Stegen in, or whether he will adjust his sights to a new goalkeeping target is yet to be seen.