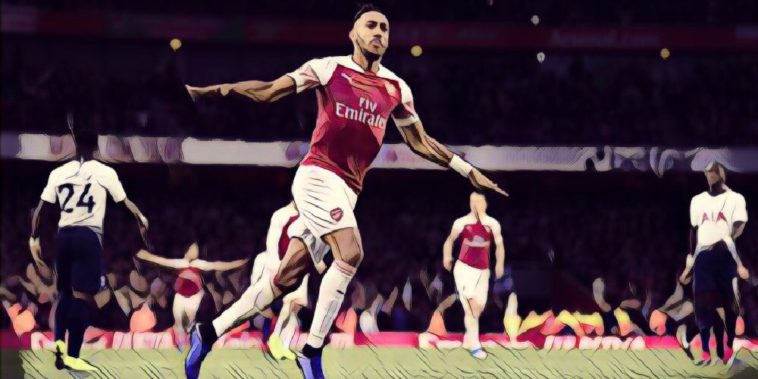 Pierre-Emerick Aubameyang has insisted that Arsenal felt confident at half-time, despite having surrendered a first-half lead in the North London derby.

Arsenal maintained their incredible record of not going into the break ahead in any of their 14 Premier League outings this season, after they surrendered a 1-0 lead to go into the half-time interval trailing 2-1.

However, in what was a pulsating encounter at the Emirates, the Gunners maintained their impressive unbeaten run with Pierre-Emerick Aubameyang, Alexandre Lacazette and Lucas Torreira scoring three unanswered second-half goals.

Speaking after the game, Arsenal number 14 Aubameyang said that he and his teammates were confident they could get back into the game.

“We had a great first half but after the first goal we conceded, we had a moment where we were a bit down,” Aubameyang told arsenal.com.

“At half-time we were confident. We spoke and we knew that we could do it in the second half, to come back.

“We did it. Then we had the fans behind us and we had power, we felt strong. We went for the win.”

The win moved Arsenal back into the top four, ahead of Spurs on goal difference, and when asked if it is time to start looking higher up the table, Aubameyang surprisingly said the performances were the most important thing, rather than the results.

“I think the most important thing right now is the performances. Of course we want to continue this form and we’re still winning games,” he added.

“We’re unbeaten, so it’s great at the moment. We just have to keep going.”